Does he take sugar ? 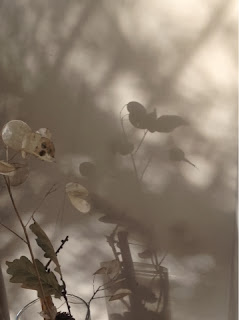 It's not often I'm asked to give evidence for why I think something. Even less frequently am I asked to give examples to demonstrate that I am all for equality. Apparently it's not ok to just say, "Well I've been an equality and diversity manager for a living and they don't let you do that if you're not fair and just." I think that's up there with, "Of course I'm not racist or sexist, I can't be, I'm an asian woman."

Well today I was asked to show how I can prove that I'm all for equality and how I support this in my family. So, partly as an instructional guide and partly to demonstrate that I've thought this through here's what I came up with:

During the Paralympics we took our son to watch the football and as a result we spoke to him a lot about the difference between a wheelchair and a pushchair, ie. 'you use a pushchair sometimes and you walk sometimes, if someone uses a wheelchair they may not be able to walk or they might have difficulty walking so the wheelchair helps them to do things."

Since he was little our boy has watched Cbeebies so he has seen programmes featuring children with disabilities and is also familiar with the person signing in the corner of the screen. He once asked me about Cerrie's arm and I explained that it looks different, but she uses it the same way as her other arm for some things. He was happy with that and I didn't use the words, 'normal,' or 'disability.'

I took him to baby signing before he could speak so he also has some signs and understands that this is a form of communication. My father and mother-in-law are both quite deaf so we've taught our son that he should look at them when he's speaking so that they can understand what he's saying to them. It's just showing consideration really isn't it ?

Our son has parents of different ethnicity so he is (in newspeak) 'dual heritage.' In theory this means he has a rich and diverse shared cultural experience to draw upon. In reality it means he loves to eat indian food and knows how to say 'hat' in two languages. He also knows that anyone who wears a turban is from the same 'club' as my father. That Grandma will not tolerate shenanigans from errant toddlers late at night. He also knows that some things only happen at my parents house - ie. food is constantly offered - and some things only happen at Grandma's house - ie. Grandpa goes to play golf.

I recalled a Louis Theroux weird weekend programme in which he asked white South Africans about their attitudes towards black people. One of the people he met loved listening to Lionel Ritchie records, but admitted that of course he wouldn't be allowed into his home as he was black. It occurs to me that disliking someone for their skin colour, but being ok with listening to 'dancing on the ceiling,' is beyond parody. That's how I feel about having to explain that I'm not racist.

Now I do struggle to show that I'm not homophobic, I mean how do you do that exactly ? Do I point to my music collection and say, "look, so many gays !!" Or point out that I follow Boy George on my twitter feed ? Do I mention that it's irrelevant to me or is that going to sound too flippant ?

I was asked, "what if your child was gay ?" and what I wanted to say was, "I'd cheer, whoop and take joy in knowing that his gorgeous looks and sense of humour wouldn't be wasted on some silly girl." Does this make me heterophobic ? The best reply was given by our dear friends who were asked the same thing - she is a Christian - and in response to the question, "what would you do if you son was gay ?" she said, "erm, love him ?" I hope this was accompanied by a rolling of eyes and '"Duh !!"

Underlying all of this, however, is the sense that I'm trying to explain something that is startlingly obvious to me. Of course we don't treat someone as inferior because of their age or their height or their hair colour. That would be just stupid.

Some questions are so dumbass they don't deserve a response.