Love is all you need

At the start of this year I had no idea what would unfold. I had been unwell over Christmas and couldn't eat properly or drink alcohol. I had fallen ill immediately that my Mum had the all clear from the oncologist and I came home, fed by husband and kids and then went to bed. No one checked on me or brought me as much as a glass of water. It wasn't ideal.

I knew that things weren't right and had been blaming myself for being so preoccupied and absent with Mum's cancer diagnosis and treatment and prior to that my return to full time work that meant I barely saw my boys. At the beginning of last year a wonderful friend of mine had died unexpectedly and that had been such a shock so all in all the year was pretty full on.

Little did I know that 2019 would knock the stuffing out of the previous 12 months. Fairly early into the year I became a single parent and it was messy and ugly and stressful beyond belief. All the fears I had about struggling for money and managing on my own came to fruition at once. I have no idea how, but I kept working full time and tried desperately to make more time with my boys rather than less. I took them on the holiday that was already booked and my Mum came with us. I cried almost the whole time and she took care of me like she had when I was a kid. It felt so unfair to be asking anything of her when she had been through radiotherapy and the stress of cancer. What it made me realise though, was that being a Mum doesn't stop. You want to make things better for your kids and if you can't it breaks you. Mum made me food, she made sure I went to bed and rested and she kept the boys busy so I could go for a walk or just have a break.


The stress did still show through though. I had a car crash which wrote off the car. That was disappointing as we hadn't had the car long, but to be honest it wasn't economical to run and I made it out unharmed so that was ok. I just feel incredibly stupid for doing it. For losing concentration and causing an accident. In hindsight it's a wonder I didn't do more damage. My mind was like a bag of spaghetti for so long and I am fortunate to have some lovely people in my life who help me unravel it when I am at my most 'squiggly.'

I also learned who the people are who care and who I can lean on. It was a hard lesson and I was quite surprised when I realised that some people just weren't going to be around any more. I let go of more than one person who I had been holding onto out of loyalty. It hurt like hell to realise that they weren't going to make it, but then I have always struggled to throw stuff away. When I asked someone who meant the world to me if they would still be in my life they said, "You need to get on with your life without seeing me." It felt like I'd been punched in the gut. I had no idea what I had done to deserve such rejection, but I accepted it - I had to.

It wasn't all unrelenting doom though - we had some adventures and highlights this year that are worth a mention.

In the Summer me and the boys went to watch Dick and Dom at the Eden Project - it was fantastic.


I went to a music festival on my own in Brighton and loved it. I've been going to the Edge of the Sea for years, but this time I was there by myself. I've already got my ticket for 2020.

I swam in the sea in Cornwall more than once - that was exhilarating and I hope to do more of it.

We just had our first Christmas as a family of 3. It was lots of fun and I did what I could to keep the emotions at bay, but it did catch up with me. I have been a wreck all day.

After everything that has happened I am thankful for the kindness of those who love me. I am grateful that we are in our home, that the boys are safe and well and that we are together.

I couldn't ask for more. 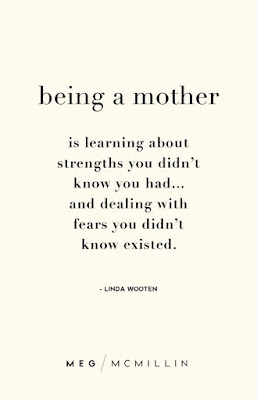 A one year old sat on the dining table shovelling fistfuls of cake into her mouth and searching for any leftovers on other plates. Unconventional I grant you, but in the context of visiting my parents in grandparent mode it is perfectly normal. Yesterday Blue Bear turned into a 6 year old. I had planned to visit my family so the boys could spend the day with their cousins and have a mini party for Blue. However he was not himself at all and was unwell most of the day. He barely ate anything and was tired and pale. I asked if he still wanted to go and he said he did, so off we went with a tired and sleepy Blue Bear and Brown Bear negotiating screen time with his distracted mother.


When it came to party time I hadn't had time to get the dinosaur cake that Blue had requested and he was disappointed. However, nothing is impossible in my family and within minutes we had the best dinosaur cake you have ever seen. It was a team effort and he was absolutely delighted with it. In Nani's house dreams do come true. What can I tell you - my parents love being surrounded by kids and noise and the mess that entails doesn't phase them. Yesterday as I looked around I saw my niece happily seated on the table and my boy with his mini Jurassic Park. The expression on my Mum's face with all her kids and grandkids there was pure joy and I felt so incredibly lucky.


We've spent a lot more time with my family in the last year as our home life has changed. It gives me a chance to get a little break as the boys play with cousins and get fed and spoiled. Yesterday I wasn't allowed to leave my boy's side as he was feeling so poorly, but I still got to eat something delicious and  rest for a little while. Both things that have been difficult to achieve since I've been parenting alone. In the last few weeks I had a complete shutdown as my body finally gave in to the stress and exhaustion that has been piling on for months now. Well, probably the last two years if I'm being accurate. It's been a relentless conveyor belt on which as well as the traditional cuddly toy there has been a grief, loss, stress and worry. It's hardly surprising that at some point it would be overwhelming.

Earlier this week I met a friend who I haven't seen in a while. She lives in New York, is in London at the moment and kindly made time to see me for a catch up. She listened patiently as I explained what has been happening and how events unfolded earlier this year. As I got tearful she reached across and held my hand. Even after all this time I can't talk about what's happened without crying. I apologised for talking too much, she said, "I'm sorry I wasn't here for you."  We talked about my boys and she recalled when I told her I was expecting Brown Bear. I was 37 weeks pregnant at her wedding. A few months ago her husband was in London. It was during the rugby World Cup and we met up in a pub in Twickenham then went for a curry and just had a sweary, quippy, fun evening together. It was the first time this year that I felt like my old self. I am so thankful to have them both in my life and that they care enough to make time for me and that when we meet it's like no time has passed


I received a beautiful Christmas bouquet this week - absolutely gorgeous and unexpected. It's from a lovely friend who lives in Australia and when she was in the UK for two weeks earlier in the year she invited me and the boys over to her parents' home in Surrey. The boys pottered around the allotment and played cricket in the garden with her husband while I talked to her. She listened to me, hugged me and it was just wonderful to spend time with her while my kids laughed and played. At one point I looked over at my sons laughing wildly as one was held upside down by the ankle and the other one was being chased with a cricket bat round the garden. My friend knew that I needed her and made time for me and found a way to do it that ensured the boys would be busy and happy while we caught up. Both bears now want to visit them in Australia so I've got to save up for a while to make that happen. Having friends like this is such a blessing in my life and I am so grateful.

Of course I have equally wonderful friends in this country too. My friend who will pop over to bring things down from the loft for me and who helped manage my boys' expectations when they decided they wanted to take 4 kittens home from Foal Farm in the summer. The friends who are there for me at all hours when I am having a terrible day or feeling fear or sadness that is overwhelming. The friend who was on the other end of the phone while the worst events of this year were unfolding. She has been a constant and firm reminder that whatever comes I have it in me to get through it. I have such amazing people in my life who reassure me that whatever happens I am not alone. They are the gifts in my life that I don't know what I did to deserve.

I've only just started to do things just for me. Up until now everything was for the boys and that has been exhausting and at times thankless. Being out of action for a week showed me that the saying, "you can't pour from an empty cup" is true. If I don't take care of myself I can't take care of them. I've been feeding myself properly instead of thinking, "it's only me why bother ?" Going for a walk every day and swimming as often as I can. Taking care of my appearance. Treating myself to a spa, or a gig or a show just for me. Spending time with people I love and who love me.

A cake covered in dinosaurs is a good start. Followed by a night out thanks to my lovely babysitter who stayed with my poorly boy and her mum who dropped me off at the golf club so I would get to wear my  gorgeous frock, have a boogie and just have a few hours 'off.' It was just what I needed.

Today it's the birthday party for my 6 year old. The sun is out and he's feeling so much better today. Mum and sons recharged and ready to go.