Rainy days and other parenting nightmares. 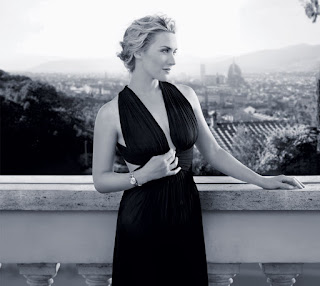 Kate Winslet is pregnant with her third child and most papers ran the same rehashed press release to announce the 'news.' One newspaper, however, went with a story commenting on the fact that the actress already has two children with different fathers and the writer makes snooty remarks about how you're 'supposed' to get married once and have all your children with the one partner. It refers to her being in danger of 'doing an Ulrika' and having four children all with different fathers if she's not careful. I'm not sure who made these rules or who decided that it was a journalist who should be the one to enforce them as last time I looked the media and the press in particular were on shaky ground regarding ethics and morality (phone hacking anyone ?)

What is sadder about this is the supposition that Kate has somehow decided to have consecutive marriages and to have children with different fathers. I don't know anyone who goes into a relationship thinking it is going to fail, much less a marriage and kids. Surely our expectations when meeting someone and falling for them is that we will be together for a long time. I grew up in a family that did not approve of having girlfriends and boyfriends. It was considered inappropriate to have relationships before marriage and sex outside marriage was a complete taboo. Hubbie was raised differently and his first wife was the girlfriend he'd been seeing since he was 16. Our relationship histories are completely different and yet the outcomes have been exactly the same. We both got married in our twenties and were divorced by the time we were in our thirties.

In retrospect both Hubbie and I can see clearly why our first marriages didn't work, but at the time we didn't go into them thinking they would go wrong. In the same way neither of us had children with our first partners, but that could be as much dumb luck as design. Having to keep in touch with someone you broke up with for the sake of the children cannot be easy and I have lost count of the times when a friend has been let down by the other parent. One friend was frustrated by the father of her son announcing he wasn't going to be able to take him that weekend as arranged. She had already made plans for the weekend, but instead of making alternative arrangements as he should have done he expected her to sort it out. In another instance a friend has raised her daughter for 12 years with the father seeing his daughter every other weekend. Now that she is almost 12 the daughter has decided to live with her father instead and this has left my friend distraught and feeling like a failure for not being 'good enough' - sound familiar ?

Not all separated parents have issues of course. Another friend is in a relationship with a man whose daughter from his previous relationship stays with them every other weekend and in the holidays. They have another son and the family arrangement works for all of them including the ex and the dog.

The sheer mechanics of ensuring that parents have equal access to the children would be enough to put anyone off having serial relationships. If you were an international jet-setting film star and the fathers of your children lived on different continents wouldn't that make it difficult to plan visits and weekends ? 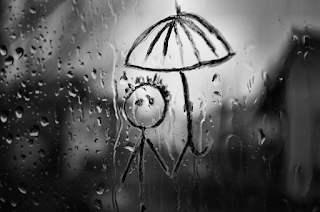 We had planned a visit to Peppa Pig World today with our son and his Grandma and when we woke up it was pouring with rain and hasn't stopped since. Sometimes things happen that you weren't expecting and that you hadn't planned for. You don't stop hoping it's going to get better or give up looking for the sunshine and happiness do you ?

I'm sure Kate is just like the rest of us in hoping for the best and doing the best she can.