If I could turn back time… I probably wouldn't

I went to a work reunion this evening in Putney with colleagues I knew more than 12 years ago. It was a workplace where I genuinely knew other people's business and even though it was a large charity based on two separate sites I knew people in every department by the time I left. Part of this is because of my natural nosiness and part of it is because I was there at a significant time in my life. 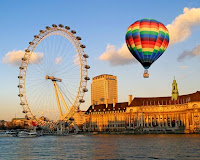 In fact we were both fresh from bad break ups - he'd just separated from 'Mandy' and she took the kettle. I'd left and taken the iron even though I don't actually do ironing.

Maybe it's because I had so much turmoil in my personal life that I knew so much about my colleagues' lives ? Here's a representative sample:

This morning I panicked when I realised that my hair really desperately needed a wash and I couldn't do it today. What if "Sid" was there ? I had no expectation that he would be or that he'd even know who I was any more. More to the point I am happily married so it really wouldn't matter. He wasn't there.

I left early as I'd spoken to the friend I wanted to see the most, but also because I kept having flashbacks. Evenings spent drinking wine and eating crisps in the Coat and Badge pub until very late. Sitting in dark corners wondering if "Sid" and I would ever progress from pub talk to dinner (we did) from dinner to dating (we didn't).

Still nostalgia is nice isn't it ?