Do you remember the first time ?

No, not that you smutty devil. I mean the first time you've done mundane things that you now take for granted. I realised recently that while there are the firsts that are perfectly acceptable in life eg. the first time someone calls you "Ma'am" and you're flattered rather than horrified or the first time your child uses actual words rather than a series of grunts and screams. The other kind are the ones that make you question whether you've missed the point somewhere. I'll tell you what I mean.

Plasters:
Until a week ago my son had never had a plaster. He has - of course - fallen over and scratched his legs and arms, but for some reason we've never offered to put a plaster on. Now I've created a monster who insists on a Peppa Pig plaster for his imaginary injuries. He also asks for medicine at the first sign of a cough, but I'm pretty sure that's junior hypochondria. 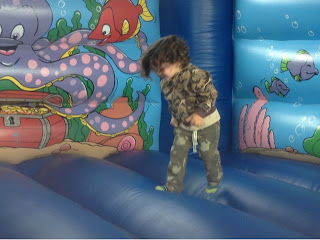 At the weekend we all went to a Big Lunch event locally and all the way there we were building up the excitement about the bouncy castle that was going to be there. Then I realised that the boy had never even been on one before. I assumed that he would know what it was and that he'd be keen to go on it despite his lack of knowledge of what it actually is. He watched the other kids jumping around having fun and got the hang of it pretty fast so I don't feel the lack of bouncy fun so far has inflicted any long term trauma. 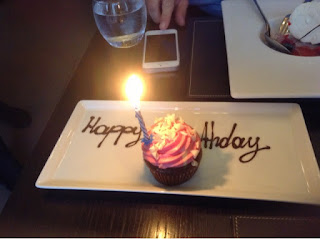 Grown-up Birthday:
It has taken me almost three years of parenting to get over my need to make a big fanfare of my birthday. This year I did nice things with a few special people and decided to skip the 'invite everyone over for a party' celebration where I spend the whole day fussing and not talking to anyone for more than five minutes. We cut a small cake at home and then went out for a gastro-pub lunch. I think the low-key approach could be the way to go in the future.

Late adopter:
Hubbie has been a blackberry user for many years and only lately decided to break with tradition and go for the iphone 5. It has been a learning experience for him to become an Apple user - he has an ipod from way back, but hasn't used an Apple phone before. It's also the first time I've been the 'early adopter' in our relationship. 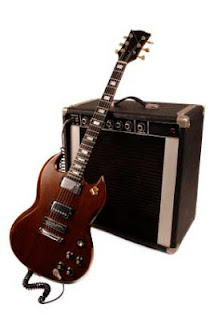 Now I'm not suggesting that me and Hubbie haven't snogged before. Of course we have in the past, it's the best bit of being in a new relationship. I was once at the Royal Court Theatre and there was a couple who were fiercely snogging throughout the entire matinee performance. It's a small theatre so I think the whole audience were party to this teenage, fumbling snogfest. I casually remarked that they were clearly having an affair. After all if they were married (to each other) they'd have a home to go to where they could do that. Then the other day I was watching a movie starring Heath Ledger (some teen flick) and it occurred to me that the anticipation of that frenzied teenage kissing goes once you can kiss your partner whenever you like. So as we approach our 7th wedding anniversary we're trying to recapture some of those 'first moment' feelings and the romance and lust that typifies early courtship.

This could translate as Hubbie lugging an electric guitar and amp around for me to borrow or me hanging around his workplace pretending I was 'just passing.'

It's more likely, however, to be us making each other laugh and remembering how much fun it was getting to know each other. Now where did I put that lip gloss ?

Email ThisBlogThis!Share to TwitterShare to FacebookShare to Pinterest
Labels: birthday, children, my boy