I've decided that I'm not making resolutions. It's always the same thing anyway, lose weight, win the lottery, get a real job, etc. so this year I've decided that it's far more productive to make plans rather than resolutions. There's a built in failure with resolutions that I am just not going to entertain any more. So, this time I'm being pro-active and setting myself goals with proper time stamps on them. I've made a decent start on the nuts and bolts ones:

- eating smaller portions and making healthier choices (except for today at lunch). This includes making sure I get myself something to eat as well as getting food for the boy and Hubbie. I may even get to drink a cup of tea or a piece of toast before it goes cold !! If this one lasts once Hubbie is back at work and the boy is at nursery I will have cracked it !

- trying to get to bed earlier every night so that I'm not permanently tired and grumpy. It is entirely my fault that I sit up with the macbook on my lap late at night rather than snuggling under my gorgeous duvet with Hubbie. I'm making an effort to get this one right.

- making a choice to dress in my nice clothes rather than just wearing 'staying home' clothes all the time. It's fine to wear sweat pants for a trip to the swimming pool, but to still be wearing them to go to the shops is not ok (any more).

- putting on a least eye liner and lippie to leave the house. I'm an Avon lady so I own more make up than the beauty counters at Selfridges. What's the point in having that much make up and never wearing it ?

Then we have the stuff that's in the diary that will help me meet some of those other 'goals' (repeat after me - goals not resolutions):

January: There is a part time job and a training scheme that I am going to apply for that both represent things I am interested in doing and that I think I can do.
This is instead of 'get a well paid job.' I can also use the make up and nice clothes ones for this.

February: Team Honk Blogger relay from Lands End to John O'Groats. I'm part of the London leg and there is talk of four person cycles being an integral part of our section of the challenge. My dodgy knees will have to be up for this one as I am not going to wimp out and be the one that carries the water bottles !! Bring on the t-shirts ladies (and Spencer), I'm ready !!
This is to replace the usual, 'lose weight' as the other bloggers include very glamorous ones who I refuse to look lardy next to !

May: I did the full Moonwalk five years ago and I've signed up to do the half Moonwalk with my lovely friend Soraya this Summer. We're going to have such a laugh, not least as we can talk constantly for hours so the time will just fly by ! From memory it's pretty tough going, but I loved training for it and it got me very fit indeed doing all the walking.
This one is instead of the generic, 'get fit.'


June: We've bought tickets to a festival that the Pixies are headlining in London. It's a grown up day out and while I don't think seeing an act outdoors is the best way to do it, this is to get over my aversion to festivals. I'm sure it won't be all mud and botulism burgers really.
This one is to replace the 'do things with Hubbie.' 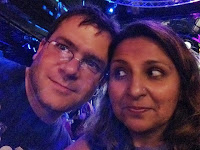 August: Last Summer me and Hubbie went to the Edge of the Sea two day festival in Brighton and loved it. Our boy stayed with Grandma and Grandpa (aka Grumps) and he loved that too. This time we're going to book a nice hotel and make a weekend of it instead of constantly ringing to check if he's eaten and if he's missing us.
This one is in place of, 'give the boy some independence.'

In September our boy will turn 4 and in October we'll celebrate 8 years of marriage. By that time I hope to have made great progress with my goals for the year. I hope in my round up of 2014 I'll be saying, "I love it when a plan comes together" while chomping on a pretend cigar rather than, "I ain't getting on no plane sucker" while sipping a glass of milk that's been spiked with knock out drops.

Whatever you are doing to see in the New Year I hope you have a wonderful time.

See you on the other side :o) 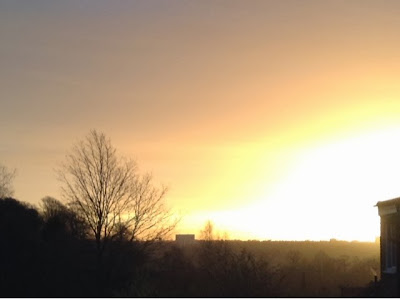