How do I talk to my son about International Women's Day ?

This morning at breakfast I talked to my six year old son about International Women's Day. It told him that in some parts of the world girls don't get to go to school. He looked shocked. "I'm glad we live here and everyone can go to school." We also talked about how some women aren't allowed to vote or drive. I left it at that for now. I mean I want to raise considerate men who understand equality, but I don't want to traumatise my children by telling them the whole story just yet.

That women routinely earn less than men. Women earn less for the same work. Routinely. Oh and if you have children there is a motherhood penalty and a fatherhood bonus. I'm not making this up - academics have studied the phenomenon and it's absolutely true.

I still haven't worked out how to explain why women including Michelle Obama and the Williams sisters are described in openly racist terms or criticised as being too 'masculine' for not conforming to a petite blonde stereotype. Don't even get me started on how women in politics are treated in this country. It is inevitable that my boys will become familiar with the fact of life that women are threatened and abused online for speaking out. Stella Creasy and Jess Phillips have been very honest about the level of abuse that is directed at them on a daily basis.

In some countries women aren't allowed to drive or vote. Ok, so I mentioned this to him, but I didn't talk about the fact that women 'belong' to men and are treated as inferior. When he is older I hope he will be as outraged by this as I am. Mind you one of the best things about today has been the reminder that there exists this video about an all female flight crew who landed a plane in a country in which they would not be allowed to drive.

Then there are the social inequalities that I hope they don't have to find out about. A woman is more likely to receive a custodial sentence for a minor crime than a man. If a woman is sent to prison he children may be taken from her and placed into the care system.

That the domestic abuse storyline from the Archers is played out in real life every day and that 2 women are murdered a week at the hands of an abusive partner. It is not confined to soap operas and does not happen to a 'type' of person.

I'd also like them to understand that women can be great scientists, engineers, code breakers, athletes, writers and work in all manner of professions and have many skills. It's not about taking one day to think about the achievements of women. It's about challenging a media that celebrates the 'first British Wimbledon winner' in decades entirely overlooking Virginia Wade's title win. Not least as that man was coached by a woman and this in itself was considered controversial at the time.

What I hope is that as my boys get older they will see real change and experience a positive picture. I was raised in a female oriented household and they are surrounded by feisty women. I hope this gives them a positive view of strong women and high expectations of what women can do.

It's a lot for a six year old to think about, but for now I think knowing that going to school is a privilege is a good start. 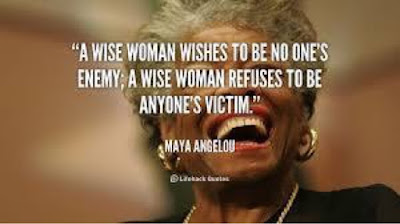