Eight years on, but who's counting ? 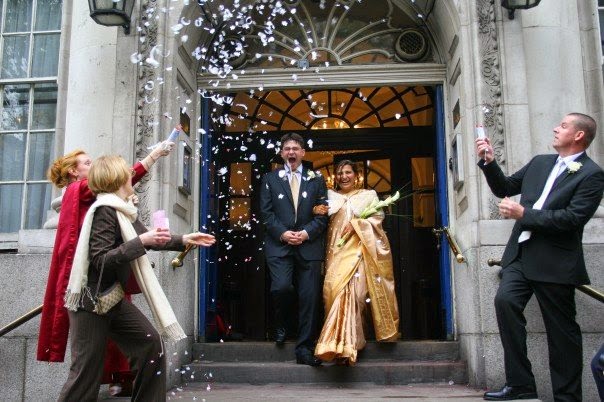 Today it's mine and Hubbie's 8th wedding anniversary. We're taking the boy to stay with my parents and we'll have a night away in a nice hotel with dinner and breakfast - bliss ! In the evening, after dinner, we'll be on air presenting our radio show so we'll be online chatting to listeners in the 'shout box' which is a live interaction with presenters during a show. It's not a conventional way to spend an anniversary, but it's pretty much perfect for us. I get to have a swim, Hubbie gets to go to the gym and we both get to be on the radio together.

So, if you will indulge me this is my post dedicated to celebrating the top 8 things about being married to Hubbie. To misquote Ross Geller from Friends: "One for every year I have been married to and loved him."

So, here's to us and our quirky married life. If anyone needs me I'll be in the hot tub worrying about the cat being home alone.