By air, by sea and by magic - a family day out on the South Bank.

With Christmas coming up we have yet another school holiday to fill. Once the presents are opened and the turkey sandwiches are all done we still have over a week to occupy the children and I have a few ideas that you might consider.

A few weeks ago we decided to have a special family day out for Hubbie's birthday and we chose to spend it on the South Bank in London. My favourite London spot is the London Eye and since I found out you can get married on board I have been trying to convince Hubbie to renew our wedding vows so we can hire a pod for a celebration event. 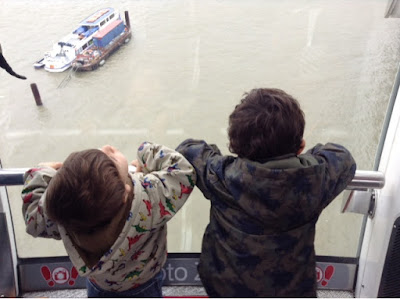 The boys have never been on the London Eye before so we had no idea how they would take to it. We  had fast track tickets which meant we didn't have to queue in the rain and it was relatively quick to board. We folded our buggy to take with us on the pod and it wasn't too busy so the boys got to see plenty out of the windows. There are touch screens you can use to help identify the landmarks outside  and during the flight you can have a photo taken to buy at the end. 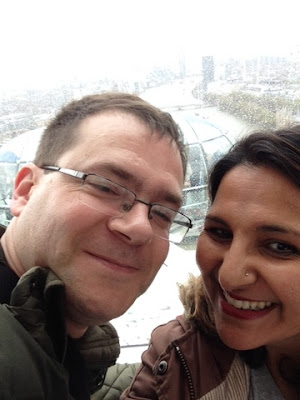 I've been on the London Eye many times - including on my 30th birthday as a treat with friends - and have always really loved it. When me and Hubbie were still dating we took a flight and a boat ride on the Thames included in the ticket. It's a great date idea and some offers also include a meal with the boat trip. At this time of year there is also an ice skating rink located next to the London Eye which you can add to your visit.

It's great to share that experience with my children and to see the delight on their faces when they spot things they like. In Big Boy's case it was Big Ben and in Baby Boy's case it was the ducks on the Thames - I think they were ducks, he made a quacking sound anyway. After the flight we went to the 4D experience which is also included in the ticket price. It's a nice touch and is suitable for all ages.

After a stop for lunch we went to the London Sealife Aquarium which I've heard great things about, but never actually visited. As it was a rainy day we expected it to be very busy inside, but the site is really spacious and even with the buggy we were able to get around pretty easily. The boys loved spotting seahorses and starfish, but didn't want to touch them. 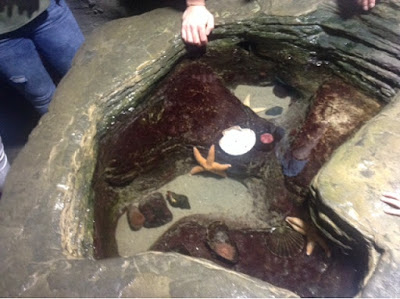 The really large tank was were Big Boy spent the longest time and we sat and talked about sharks and where they live in the wild. I explained that before I was Mummy I went scuba diving and saw them in the sea. He was fascinated by all of the large mammals and Baby Boy squealed when he saw the turtles climbing out of the tank. I was delighted that they were so interested as I love marine life and hope to take them diving when they are older. 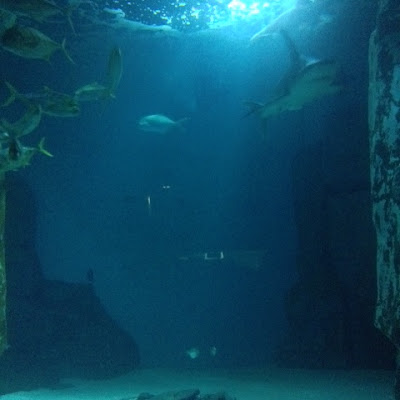 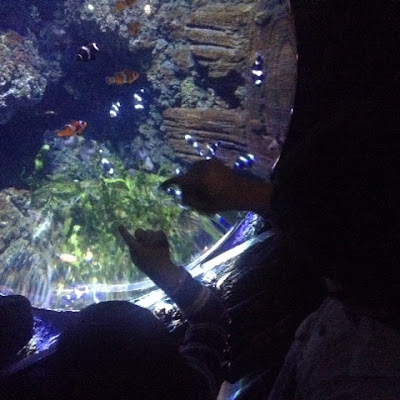 The newest tourist attraction on the South Bank is Shrek's Adventure featuring characters from the movies. Donkey is there to greet you as you arrive and you have an allocated time for your visit so it's wise to arrive a little early in preparation. There is a 4D bus ride early on in the adventure and Big Boy found this a little scary, so he's probably a little young for it. The characters who you meet as you go around really like to involve visitors - especially children - in the adventure and it's nicely done. 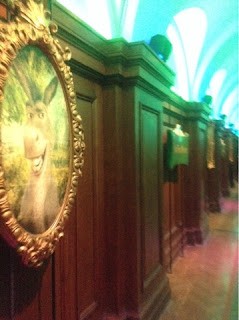 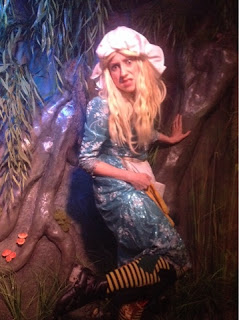 Our mini tour ended at the Poison Apple pub with a special guest appearance - I won't spoil it by telling you who it was. The recommended age for children to visit this attraction is 6 years onwards and I think that is pretty accurate. My boy recognised the characters from Dreamworks such as Kung Fu Panda and the Penguins of Madagascar and loves Puss in Boots. During the Christmas holidays there are specific festive events taking place that you can pre-book. 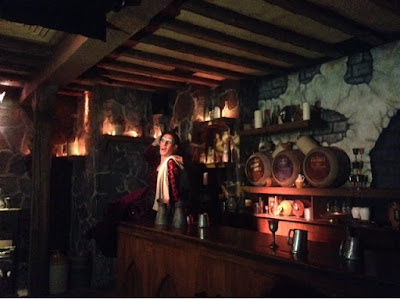 You can book tickets for all of these attractions online and there are discounts if you visit more than one of them. Find out more about an attraction pass here. Alternatively you can use a Merlin Pass.

Disclosure: We were given complimentary tickets for the London Eye, the Aquarium and were invited to visit Shrek's Adventure. All opinions are my own.