"I want to leave plenty of time for discussion, I've heard myself speak before." Tony Benn

The news that Tony Benn had passed away came early in the day and I kept trying to pretend it wasn't happening. I caught the end of a tribute during the Today programme and dismissed it as my having misheard. Then I avoided any news bulletins all morning and took the boy and a neighbour out to the shops and for lunch as it was so lovely and sunny. I managed to convince myself it hadn't really happened. Eventually while I was waiting for the Archers repeat to begin I finally listened to the news and had to accept that yes it was true and he had really died.

It was like hearing that a family friend had gone. Someone I hadn't seen for years, but who I still had a soft spot for. When I was at school and was first becoming interested in politics his son was a local councillor and I became fascinated by him. I was a member of CND, a feminist, second generation immigrant and from a low income family. Where politicians were out of touch and 'other' he seemed to be genuinely interested in the people that were frequently ignored or dismissed as unimportant. I didn't always agree with Tony Benn's views, but I like how he listened and spoke in equal measure and didn't do that thing that all politicians do now where they interject aggressively in any conversation/ interview with, "look," while ploughing on with their pre-prepared directive from party HQ.

Just now I heard a tribute programme on Radio 4 where David Davies talked about Benn's career and their friendship. It is telling that there were so many from all sides of the political field who spoke fondly about him and many who were honest in their complete disagreement with his politics. I started to compare this week where two figures on the left of politics died with what happened when Margaret Thatcher died. Neither period of mourning propelled the nation into the outpouring of grief that baffled me (and many others) when Diana died. They did, however, offer an interesting insight into how public death is now and what is allowed to be said and what is chosen to be said. I noted two things in particular. 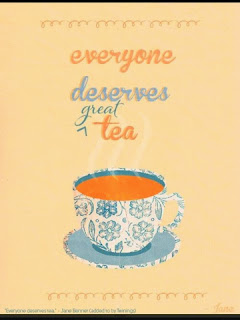 1. When talking about Thatcher the words Iron Lady were used most frequently and when talking about Bob Crow and Tony Benn it's been about loyalty and being an upstanding champion of the people in once case and a homely, tea obsessed chap on the other.

2. The left and right (politically speaking) behave quite differently in the face of the death of a public figure. They don't see eye to eye politically, but do say the right things for the media - it isn't the done thing to speak ill of the dead after all. However, I don't think there have been any street parties celebrating the death of Crow or Benn, even though I'm pretty sure they inspired the same level of passionate hatred in their detractors as Thatcher did in hers.

I've mentioned before that one of my closest friends and I do not agree on politics. I don't mean we politely disagree and clink tea cups and get on with discussing how to make the smoothest butter icing. I mean there were years when I would come home after a night out with her where I'd feel I'd been mentally and verbally battered and even now there are times when we look at each other with an acknowledgement that we just aren't on the same page on this issue. I suspect this is why we always meet for afternoon tea or a meal, it's a conciliatory way to discuss contentious topics and even if you have a far reaching and painful disagreement at least there was cake or a great glass of wine. Regardless of the disagreement we are still the greatest of friends and I love her very much.

If we only ever befriend people who agree with us we live a small life where our views are never challenged and we never learn anything. I accept that at times I am in the wrong and I'm no longer afraid to admit it. I never used to as I saw it as a failure and would argue my side even as I realised I wasn't even convincing myself. Hubbie and I broadly agree on politics and it is because I'm married to him that I have learned tolerance - bear with me here. You see my father-in-law is someone whose politics are the polar opposite of mine in every sense. He does not listen to anyone and bulldozes on with his Daily Mail informed point of view without any irony or shame. I used to try and get a word in or to argue, but now I listen politely and if I find what he's saying really appalling I change topic or go and do the washing up. Hubbie does not agree with his father's politics, but he respects the man - as do I. It is ironic really as he look a bit like - and sounds a lot like - Tony Benn.

My admiration of Tony Benn isn't a tacit agreement with all of his political views. He wasn't always right, but he was not unkind. His belief in equal rights for gay people was way ahead of the fashionable thinking and he supported nuclear disarmament at a time when that meant you were just mad or living on Greenham Common. He showed respect for others and stood up for what he believed in in the face of great criticism.  He said in 1975, "If I rescued a child from drowning, the press would no doubt headline the story: 'Benn grabs child.'"

You don't have to agree with me on any of the above. I do ask, however, that you watch this video clip of Tony Benn taking on Ali G and winning. He doesn't pander to idiotic views in order to look "cool" or pretend to understand where Sacha Baron Cohen's character is coming from - for that I direct you to the Sir Rhodes Boyson interview.