Is it just me or is blogging a white thing ? 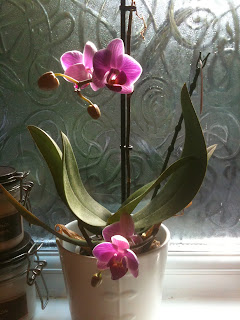 When we first moved into this area we went to do some shopping at the local Waitrose and Hubbie commented that it was 'very white.' I remarked that the green and white decor signified freshness and cleanliness and he clarified by saying, "No, I meant the people. They're all white." I looked around. "Not everyone, the counter staff aren't."

It wasn't a judgement, just an observation. One that I hadn't made. In the same way I didn't notice until someone pointed it out to me that my chosen profession was staffed almost exclusively by women who were white, blonde, 20-something and (in the old days) trustafarians. It wasn't an issue as it didn't stop me doing my job so I thought nothing of it.

Then at the weekend I was at a blogging conference, my third in the last 12 months. At the first one I was far too dazzled by it all that I barely noticed anyone else (well apart from the fact that the beautiful woman sitting next to me turned out to be Prof Tanya Byron). At the second I became aware that the majority of attendees were white women. This weekend I was there with a friend who is also not white and she noticed it too. At one point she joked that we had to attend different break out sessions to make sure that there was a fair representation and spread of ethnicity.

Before my remarks unleash a barrage of criticism I'd like to explain that I am a big fan of the blogging networks that hosted these conferences and I don't think it is their job to explain who attends. They aren't excluding anyone so it's up to those who are interested and who blog to come along. That's what I did. It was just very obvious to me that only a few non-white women were there and I'm wondering why.

Flowing from this is the question, is blogging mostly a white pastime ? I can't believe that it is. I blog about my son, my family, my life in general and occasionally I review stuff on my blog too. I rarely blog about my ethnicity, but it underlies my writing because it's who I am. It's also half of my son too and I want him to understand both sides of his heritage so occasionally I'll write about Diwali or what it's like when we go to visit family in India. My ethnicity doesn't define my writing, but informs it. I don't speak on behalf of anyone else or their experience just as a blogger who has 3 children doesn't speak for all parents of 3 children.

So do we have a secret underground movement of non-white bloggers who just can't or won't attend conferences for reasons of cost or timing (which can apply to everyone I know). And more importantly why does it matter ? It isn't just so that I can identify with more than half a dozen people in the crowd, honestly.

There was a session that talked about blogging changing the world. Well, I'm keen to know if the blogging world is inclusive to start with.

If you have any thoughts on this topic please do comment - I'd love to hear what you think. 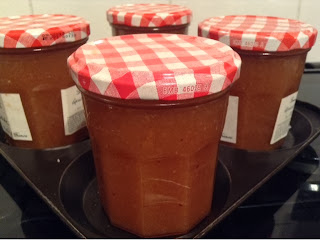