We were going out to dinner...

...so I was choosing some earrings to wear that would look pretty, but not get stuck in my hair or fall out of my ears (this happens frequently). We'd arranged to meet at the restaurant - well calling it a restaurant is a bit much as the service is pretty lax and the food variable at best, but it's local and serves the kind of italian food you know you'll enjoy anyway.

The first time we'd eaten there I'd asked for the gnocchi and they said it wasn't available that evening. A few days later Hubbie (then boyfriend) was making me some dinner at his flat. He made gnocchi because, "I wanted to make you happy." It was a pretty foregone conclusion that we'd be married after that. We still went to the restaurant every week despite them forgetting our starters, regularly having only two thirds of the menu available and occasionally just not remembering we were even there. It's safe to say it wasn't the busiest place in Battersea.

After only a year of being married we were still holding on to the romantic rituals and habits that we had started when we were first courting. The regular meals out, the walks along the river on a Sunday, city breaks and holidays during school term time. Ah the bliss of the childless. Not that we didn't want children of course, we just hadn't had them yet and it was only a matter of time.

We had been trying since before the wedding and while we hadn't expected to get the jackpot honeymoon baby we were just wondering if there was something going on that we should know about. In fact we both went to see our respective GPs to check that all was ok with us and had various blood tests, which for a man who hates the sight of blood was a bit of a trial really. Hubbie was going to see his doctor after work for his results then coming to join me for dinner.

I put on lip gloss and mascara and checked my reflection for any smudges. A whole day at work can do weird things to a face and no amount of candlelight can disguise it, so I was relying on the magical power of make-up to give the illusion of natural beauty. I heard the double beep of a text message coming through. As I picked up my coat and went to the door I glanced at the screen. "I'm finished here. See you in ten xx"

As I walked I saw the evening runners in Battersea Park wearing reflective gear, bobbing along like fireflies. It was one of my favourite places to run too and I loved living so close that I could go there before work. I had encouraged Hubbie to run with me and he'd become quite a keen runner himself. He was even training for the Windsor half marathon.

By the time I got the restaurant he was already standing outside and he smiled as he caught sight of me. He held the door open for me and I joked that I hoped he'd had a snack on the way just in case. We sat at a table by the window - a mistake, they never see you sitting there, but you can watch everyone else walk past. I asked if he'd had a nice day and he smiled again. The waitress came over and took our drinks orders. My coat fell off the back of my chair so I went to retrieve it from the floor and realised I hadn't asked and he hadn't told me. "What did the doctor say ?" "Oh not a lot really." "Ok, good or bad news then ?" I laughed a little, he didn't. "He says it's highly unlikely we can have children." The waitress came back with our drinks. She asked if we were ready to order yet. We both shook our heads.

Now I looked a little closer I could see behind his glasses that his eyes were red. He still had his coat on and he hadn't looked at me since we sat down in the restaurant. I reached out to put my hand over his on the table. After some time he said, "What do you want to do ?" After a bit more time I said, "Well I'm going to order the gnocchi." We both smiled, he took off his coat and we raised our glasses to each other. 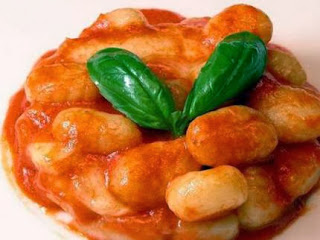 This post is my entry for the Mumsnet Blogfest competition using Lionel Shriver's favourite first line from a book.
Fingers crossed :o)