Hubbie and I present a radio show together that we joke is the only time we actually talk to each other. While that's not strictly true it has reminded us how much we enjoy each other's company. Today he made me laugh so much I had to turn my mic down and let him carry on introducing my song. It was a ridiculous comment about a horse called Hoof Hearted and it had me in stitches and crying with laughter, silly I know.

We've been married for seven years this year - having both had starter marriages as practice - which in celebrity marriage terms is a lifetime. I always forget the date we got married, but I remember birthdays and other celebration days so I don't feel too bad. In fact we kid around that we have reversed the traditional roles as he irons his own shirts and I refuse to read instructions. It works for us.

In our early dating days we went on holiday to California and took a road trip from San Francisco to Las Vegas (via Los Angeles). We spent 24 hours a day together and a lot of time in a car driving. Well he drove, I mostly handed him sweets and pointed at the ocean. At no point did we argue or fall out and we always managed to agree on where to eat and what to do with a minimum of fuss. I put this down to him being easy going more than any positive qualities on my part.

When we were told it was unlikely that we would be able to have a baby we sat and cried for what felt like hours on chairs in the fertility clinic feeling bereft and empty. Every day after that I would phone him at work with some new plan I'd concocted to enable us to have the family we so desperately wanted. One day I called him while I was sitting under a dryer at the hairdressers to tell him I wanted to adopt one of the 11 million abandoned baby girls from India that I'd just read about. He said "Ok."

I asked him if we could go ahead and adopt in this country and he said "yes." We were assessed and verbally prodded and poked for months until we were approved by a panel of 13 strangers as suitable to be parents. Then we waited, and waited, and waited a bit more. It occurred to me that we had given up trying to get pregnant and it had to be worth a try. I suggested that in addition to all the dietary changes we'd made and the weight loss and the yoga we should also try acupuncture or reflexology. He is terrified of needles, but he said "Yes." 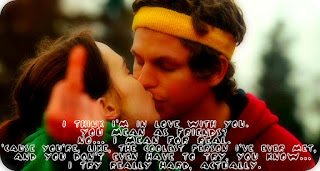 As I type this Hubbie is out watching My Bloody Valentine with a friend. He loves their music, I don't. On Sunday I will be taking a flying lesson that he bought me as a present - I am terrified, but you have to love the thought. The other day he told me I looked hot in my skinny jeans - unprompted !

So for all the times that Hubbie has said, "yes" or "ok" or "if you like" to make me happy I am posting this as I know it will make him happy. 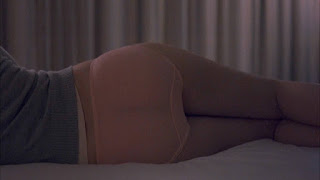