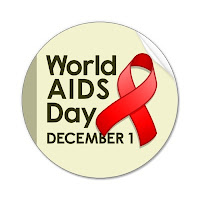 In the early nineties I was a volunteer with the Terrence Higgins Trust. I didn't know a great deal about HIV or AIDS and the first weekend I attended to find out more about volunteering I almost turned back at Warwick Avenue station to go home. I was so nervous about being all wrong for it as I wasn't sure if you had to be a man, gay or have a positive diagnosis in order to be a suitable volunteer. Thankfully I met some lovely, friendly staff and volunteers who reassured me that it was more important to be able to commit the time and to be interested in people. I met the most diverse group of people I'd ever met in the subsequent training sessions and in the years that followed I discovered the range of life experiences and challenges that others face.

I was a helpline volunteer and this involved taking calls on all sorts of issues, not giving actual advice, but listening. I spoke to men who had a positive diagnosis, those who had a partner living with HIV and men who had unprotected sex while abroad and who were worried they had risked themselves and their partner / wife. I don't recall women calling that often, if at all.

Often a person called during the 'waiting period' between a test and a result (which used to be a few weeks) as it was so agonising leading to many calls seeking reassurance and support. If a caller was HIV positive they might call to find out more about networks of support in their area as London was so patchy in the provision of care for HIV and AIDS - what we now call the 'postcode lottery.'

During the nineties it was still considered a death sentence to have a positive diagnosis and as I learned more about the virus - well as much as it was possible to learn - it seemed impossible that one day people would live with effective drug treatment. My mentor was an HIV positive man whose drug regime was so complicated it baffled me. Then there were drug trials and reactions and contraindications some of which meant being excluded from future new drug developments.

The picture now is very different. The profile of people living with HIV and AIDS in this country is not just gay men. To be honest it never was, but at one time they were the largest single group talking about it and dealing with it. The population of some African nations have been decimated by AIDS leaving orphans to care for their siblings and for a while the phrase 'you look fat' was a compliment as it meant you were not dying. I sometimes wonder if I were still a volunteer whether I would be taking calls from women, or children or young people.

When I was at school we were told that AIDS would be a massive killer and we had to be aware of our sexual behaviour and the consequences of unprotected sex. This message was terrifying as it was in conjunction with the apocalyptic 'don't die of ignorance' TV advertising campaign including an ad with a Frankie Goes to Hollywood soundtrack (ironically now being used in a John Lewis commercial). This fear of a deadly disease seems to have dissipated over the decades and we now have an upsurge in STIs in young people presumably as using condoms is just 'so old fashioned.'

I've seen a great deal of change over the last twenty years including the merger of many smaller HIV/AIDS charities and improved drug treatment that means people can now live for 20-30 years and have a quality of life that is nothing like the depiction of Tom Hanks' character in Philadelphia which was the closest most people had come to HIV when the movie came out.

None of this means that the fight for a cure or for better education is over. What it does mean is that World AIDS day can be a celebration of life as well as a memorial for those who have passed.

If you want to get involved or find out more take a look at www.worldaidsday.org - it's not just one day.