My show today was about international migrants' day which is tomorrow. It made me think about the reasons that people choose to leave their home country and live somewhere else. For my parents it was aspirational (well for my Mother it was to join her husband who had already settled over here). For others it is to escape a regime that they don't support or cannot live with for their own safety.

A childhood friend of mine moved to Australia last year after planning the move for around 5 years. I admire the bravery it takes to move your family and start a new life in a different country. I love the idea of living somewhere else, but the move from West London to South London was so traumatic for me at first that I think I'm a long way off from realistically emigrating anywhere. I love some countries that I've visited, but there are drawbacks to living there. Nothing as important as not being able to get Marmite (which you can in most places now) but the trivial things that I've learned are important to me : 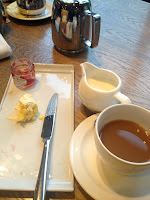 You cannot get salad cream in Romania - on a visit to a colleague she asked for some and was presented with 8 bottles (one from each guest) which kept her going until she came home again.

Tea is awful in America - in fact Liptons is only sold outside the UK and it's not good. They do a nice line in hippie teas, but not a good old fashioned proper cuppa.

It's pretty much impossible to buy tampons in India. I have tried over the years and can only surmise that it's a morality issue and the final frontier for sanitary product manufacturers. 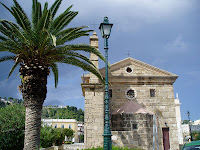 Plumbing in Greece can't take toilet tissue (seriously after all these years still ?) I just can't imagine living somewhere where you keep used tissues in the bin next to the loo. Eugh !!

The cuisine in Cuba is inedible. Yes they have universal healthcare and education for all, but no food of note (the alcohol is good though). How did Hemingway cope ?


I'd love to live in Vancouver. It's been rated as one of the best places in the world to live and has clean air, a thriving Sikh community and fabulous skiing an hour away. The honest truth is if I don't see my family for a few weeks I miss them terribly. They drive me crazy after a few minutes of seeing them, but if I couldn't just make the decision to visit, if it took a flight and weeks of planning to see them I'd struggle.

So for now I won't worry about uprooting and moving away.

Oh and I'll call my mother.