Our adventure on the high seas - part two

I promised when we were on the Anthem of the Seas that I would give you a detailed review of what we saw and did on the ship. It's taken me a while to formulate this and to take in all of the things we did. I was talking to my boy the other day about our 'mini-cruise' and he said, "Can we go on another cruise please Mummy ? On another ship next time ?" Well, I can't promise, but it certainly made an impression on the little chap and you can see why. 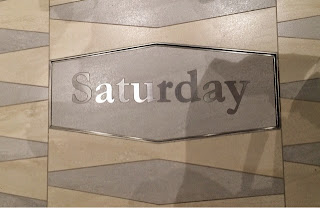 We arrived at the Southampton station to take the free transfer to the dock and popped our bags into the luggage hold and settled back. It took only a few minutes and when we arrived it took very little time to go through the airport style security as we had checked in already online. Armed with his Trunki and my wheelie luggage (borrowed from the in-laws) we made our way to board the ship. There was another check point before boarding and as soon as we were on board staff very kindly helped us with bags and directed us to the lifts to find our stateroom. It was ready for us and we had these groovy wristbands to use to unlock the doors and to pay for anything on board as they were registered to my account on board. My boy loved his band so much he wouldn't take it off at all ! 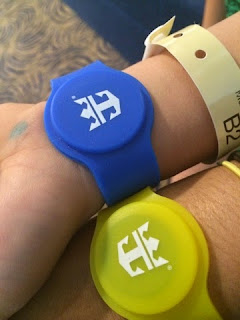 We decided to explore the ship and found the Seaplex zone where my boy fell in love with this seat made of skateboards and we admired the bumper cars. He was too young to go on them as he's under 5, but riding in the static ones parked outside the rink still made him happy. We went to check what the age restriction was on the skydiving and he was old enough to take part so we both did it. He told me afterwards that it was quite scary, but I told him how brave he was and that I was very proud of him for trying something new. 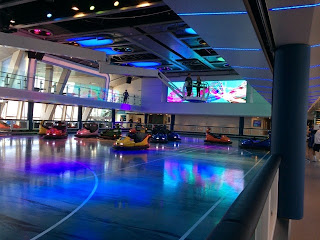 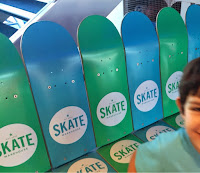 We went to sign up for the kids club on board and despite it being partially open my boy still had a great time when I dropped him off there in the evening. If anything he was reluctant to leave ! I wanted him to get to sleep as I knew what adventures we had to come the following day. 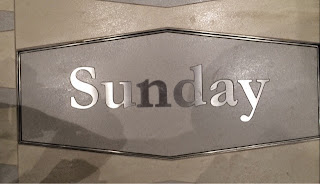 I was booked in for a fantastic hot stone massage at 9am so we went for breakfast early and my boy barely touched his food he was so keen to get back to the kids club activities. I dropped him off and went to the salon and had the most relaxing time I think I can remember for a long time.

I had a lull in the late morning so I decided to give the circus school a go and went on the trapeze - it was exhilarating and I'm so glad I did it, although I'm not a natural acrobat ! With a little bit of time to spare I took another stroll around the ship and found the gym and fitness class area where they have regular classes for all levels. Now that I can see I'd enjoy on a longer trip. 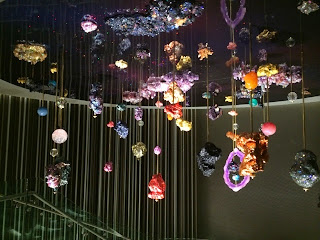 When I went to pick my boy up for lunch he wasn't even that bothered as he was having such a good time with his friends. The staff told me that they were taking the children for dinner at 5pm if he wanted to eat with his friends - silly question, of course he did ! We had a lovely lunch at Jamie's Italian and when I asked him if he fancied a swim with me before going back to see his friends at Kids' Club he said he just wanted to go back to Adventure Ocean !

After about a moment's hesitation and feeling a bit neglected - so much for bonding with my boy - I decided to go and watch a show and spent 2 hours singing along to We Will Rock You (apparently I know all the words to Queen songs !) I also realised that the guy who had been in front of us in a cafe the day before was the lead in the show. Everyone was amazing and had it not been for the movement of the ship I could have been in the West End. 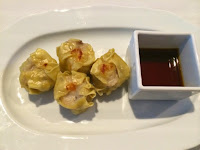 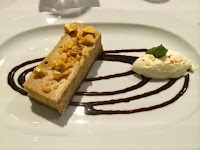 Knowing that the boy was eating with his friends I still went to check and see if he missed me - big fat no ! So feeling not at all guilty I put on a pretty frock and some make up and went for dinner. The food was very good and if I ate so well every day I'd need to be in the gym a lot, but it was only for a couple of days so I let myself relax a bit. When I went to pick up the boy he was tired, but very happy and went to sleep almost immediately. Bliss ! 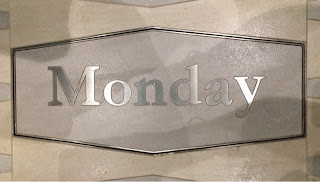 I practically had to peel my boy out of bed in the morning and as we had to disembark soon and I wanted to make sure we had something to eat and took one last stroll around the ship. It was much quieter and we enjoyed our breakfast with a view of Southampton and the other ships in dock. With a bit of time to spare he started watching Annie on the TV in our stateroom, but we didn't get to finish watching so I promised to get it for him when we got back. The movies were great and I watched The Imitation Game and he also watched Big Hero 6 while we were on board. It was so handy having access to movies in the room. With so much to do you can still have some time just relaxing and watching the ocean out of the balcony or a movie in the room. 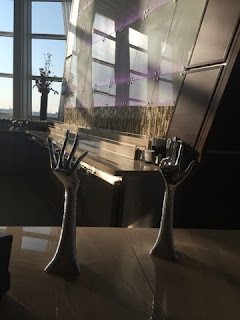 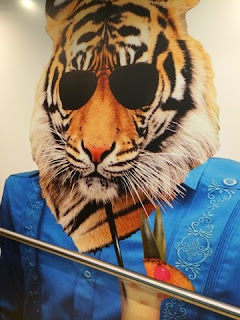 We loved the quirky little touches on the ship - like the funky animal pictures in the lifts and these hands on the bar - is that the literal interpretation of 'all hands on deck ?'  We had a wonderful taste of what a cruise might be like and I can see us enjoying a holiday on a cruise ship as a family. There is so much to do and it just is not possible to get bored. In just a couple of days I was able to relax, learn new things, spend time with my son and we both got to make new friends. I can only imagine how much more we would do in a week or even longer. 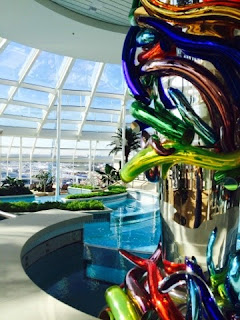 Disclosure: The lovely folks at Royal Caribbean invited us to try out their latest ship, Anthem of the Seas on a 'shakedown' cruise. Thanks also to Mumsnet for inviting us.