The first Mumsnet Blogfest I went to was so completely overwhelming - not least as the most amazing, beautiful and glamorous woman was sitting next to me. I turned to ask her a question about a point she'd made during a session when the topic of parent bloggers respecting their children's privacy came up. It was later I realised I'd been sitting next to Professor Tanya Byron. 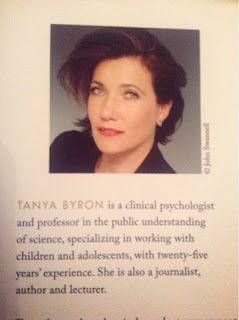 I was delighted to be sent her book The Skeleton Cupboard to review. It's not often I get to pick up a book that I enjoy as much as this and even less frequently that I get to finish it. I have at least 4 books on the go at the moment that I've begun and not managed to get to the end of. Not because they're not good but it's the time it takes to read when you have a toddler around.

The Skeleton Cupboard is a relatively quick read as the chapters are a manageable length and the topic is divided into a few case studies that are like mini stories within the book. The case studies are not of real people, but are taken from experiences that Tanya had while training to become a psychologist in London. The stories do not make easy reading and it's really the light touch with which she tells it that makes them so compelling. There are a lot of references to her own attractiveness and a fascination with breasts that is largely irrelevant, but it is light relief. When she talks about someone's ample bosom it is in stark contrast to the harrowing cases such as the suicidal teen or the psychopath.

If this sounds a bit intense, yes it does go dark at times, but Tanya brings you back to a safe space and one where she is honest about her own shortcomings in the role she is learning. She does make reference to the difference between psychology and other disciplines, but I'm not sure I get the actual differences. The story is very much a baptism of fire, but one that she relates with kindness and respect, hence not using real case studies, but fictionalised versions of events. 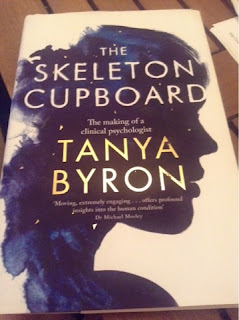 I can recommend The Skeleton Cupboard as a fascinating insight into the world of psychology and some background about Tanya's own life. If I hadn't already read it I'd be taking this on holiday.


Mumsnet kindly sent me this book to write an honest review.