Wow, so you get asked how you'd spend £20k and does the brain start doing cartwheels or what ? I have at turns thought, a new car for the family, a new kitchen, rebuild the garage, a school fund for my son and so much more besides. It has taken time and some consideration but I've managed to come up with what I think is a definitive idea of how I'd spend £20k - given the chance - there has been some deliberation so bear with me please. 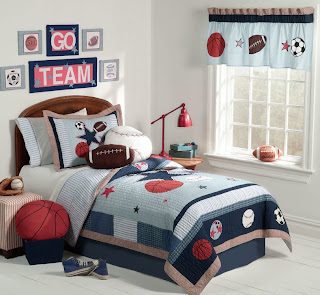 Firstly we've never decorated our son's bedroom as I didn't want to choose a theme only for him to change his mind later. When we lived in our old house his room was our spare room so it has floor to ceiling fitted wardrobes. In this house his room has lots of walls in neutral magnolia and I feel bad about not having decorated now as he does have some interests including sports, and transport. My bedroom had Barnaby the Bear wallpaper - I loved him when I was about 3 - until I was around 12 and my sisters' room had clowns on the carpet (which was a bit unsettling when I moved back in after Uni and had to use their bedroom). As the boy is going to be 3 in a few weeks I think I have a good idea of the kind of room he'd like now and he will certainly tell us if it's not to his liking.

I'd also take a portion of the money and distribute it to a few charities that mean something to us. We have friends and loved ones who have been affected by cancer so I'd donate to Marie Cure Cancer Care and Macmillan Nurses. The list is endless, but some others I'd love to give to include; British Heart Foundation, Diabetes UK, British Kidney Patient Association and Great Ormond Street Hospital.  I know it would be small sums, but having worked in the charity sector I know how much any amount can mean to a charity. It's also nice to be able to make a donation without having to dress up as a fairy and run 5k or jump out of a plane.

So finally to the big spend part. We've talked about taking our boy on holiday and have some destinations in mind. With the thick end of £20k (what's left after the bedroom and charity donations) I'd pay off enough bills and mortgage so we could take 2 months off work and go on an extended holiday. As our boy hasn't started school yet it would mean we could go on a long break and see a bit of the world with our little traveller. It's the round the world trip that I never got to do in my twenties (don't ask it makes me cross to talk about it).

We'd start off in San Francisco - which we love - and Hubbie can take the boy to watch a baseball game featuring his team, the Giants. I love the ocean and when we went on a road trip before we were married we had a wonderful time in California where we have friends who kindly put us up and gave us great tips for our first US visit. This time we could stay in an apartment and hire a car so we can take the boy to the Golden Gate Bridge and visit Fisherman's Wharf where he can see the seals sunbathing on the pier and ride the amphibious vehicle that's like the duck bus in London. If we took a road trip along the coast we could take him to San Jose, Santa Monica and some other lovely places that we've been to and liked including Carmel-by-Sea where Clint Eastwood was once the mayor. If we went during the right season I might even be able to go skiing at Lake Tahoe which would be fab and I could introduce my boy to his first experience of the white stuff too.

From here we'd pop over to Hawaii so we could learn to surf and I can stalk search for Steve McGarrett  from Hawaii 5-0. While there me and Hubbie can renew our wedding vows on the beach and watch the sunset on a white sand beach that we've seen on so many tv shows. It is a close run thing between Hawaii and Argentina actually as Hubbie loves Buenos Aires so if he could take the little man to watch Boca Juniors he'd be a very happy man indeed. I would love to catch up with my lovely yoga friend Rebecca who lives there with her hubbie and gorgeous baby boy who I've not met yet. 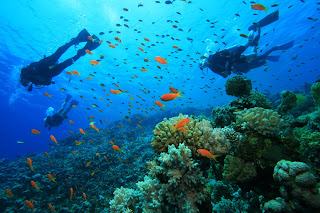 Next on the itinerary is going round the back of the world to Australia where we have family and friends in places as far apart as Brisbane, Melbourne and Perth. I'd also like to visit Sydney - well why not if you're there anyway ? It has been years since I've been scuba diving so if I could find a location where it was undertaken in a responsible and eco-friendly environment (rather than the Great Barrier Reef which is all but dead now from being over handled) I'd love to go diving. I'd pop in on my friends Nichola and Hannah who are both POMs who live there now and we could visit Hubbie's Auntie Joan who was a £10 POM fifty years ago and has lived there ever since.

Our last stop would be India. Of course as soon as my family know we're on the continent we have to visit them so we'd take our boy to meet all of my cousins, aunties and uncles for the first time. He'll get spoiled and fussed beyond belief and if he doesn't already feel like a movie star he will once he's been to Bangalore !! Our actual final destination, however, would be Kerala and specifically Isola Di Cocca or Island of Coconuts, an ayurvedic resort. I can practice yoga every morning at sunrise and the boys can swim and play by the pool all day. There are boats that take you along the backwaters to the lovely places to eat and relax and it's a haven of peace and relaxation. The perfect way to end our special family time together.

If I had £20k this is how I'd love to spend it. On a once in a lifetime holiday for my family, a new bedroom for my boy and some money for charities. If there was anything left over for a new cooker, well that wouldn't be such a bad thing would it ?

This post is an entry for BritMums #Spend20K Challenge sponsored by The National Lottery, with more ways to win more money on the new Lotto game. Find out more about new Lotto, which starts in October, here – www.national-lottery.co.uk
http://www.britmums.com/2013/08/join-the-spend20k-challenge-win-shopping-vouchers/