I have been a bit quieter than usual on the blogging front for a few days. Partly this is due to my new job and an acute awareness that people get fired for making remarks about their places of work online. Also the improved weather has meant we've been outside a lot more and as usual I overdid it on my first foray into the garden this year which left me doubled over in pain on Sunday evening. 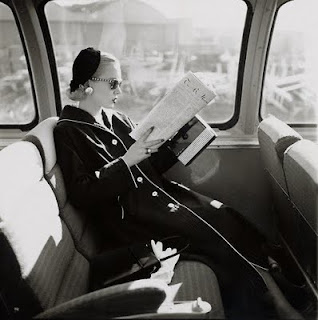 So two days into commuting I've managed to finish a book that I have only managed to read halfway through for the last 4 months. Almost makes up for the crush on the tram going home, but not quite. In addition my boy has developed a whole new night-time wail that is high pitched, irritating and is only soothed by 'Cuddle Mummy.'

Then today I read two blog posts that inspired me to write this post.

Firstly this one by a mother bereft at her daughter returning to university. She talks about the cycle of life with parents where as babies we love and depend on them, then as teenagers we grow tired of them, then as adults we grow into loving them again. It reminded me that in my first year at university I spoke to my Mother every day - mundane stuff like what I'd eaten - then it was every few days then eventually it was when I remembered. Going home meant a return to the routine of my family and the food that I knew and loved. It also meant being transported back to feeling like a child.

And this brings me to the second blog I read today. This one by Zoe Williams about a recent news story claiming that a child will be able to cope with being disciplined so long as they are reassured that their parents love them. I'm not going to approach this from the angle of whether hitting is ok or not. My parents did not hit as a rule. Instead they used a combination of anger, manipulation and inducing guilt to make their point. I was spoken to as if I was an adult in arguments, but treated like a child when they wanted compliance with their rules. As far as they were concerned parenting was not about consensus, but obedience. As a result I am determined not to do the same to my son. 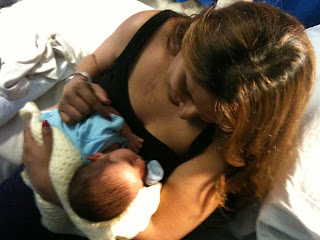 There isn't a manual for how to raise a child or how to manage our own parents. I only see my folks now in order that they can spend time with my son. I'm not ungrateful to them as they raised me to know how hard it was for them and to appreciate that they worked so we could have things. It is a relationship based on their demands for respect 'just because.' Culturally that was not unusual, but it was tedious having to explain to friends that I couldn't do the normal things they did because my parents believed that anyone outside the family was a bad influence.

The greatest trick my parents ever pulled was convincing everyone - me included - that they were the smiling characters that everyone else saw. So long as they are nice to my son I won't have reason to disabuse him of this myth either. I know they love him and that it makes them happy to see him. If I need to be there too so be it.

For me loving my son is like breathing - it is not optional.