I love you, but get out of my face before I punch you in yours.

I admit it's not a mantra that will rival anything by Rumi, Khalil Gibran or His Holiness the Dalai Lama. It's just that sometimes I have that Edward Norton in Fight Club vibe. No not the urge to steal women's thigh fat to make soap - and eww if you thought that !! I mean the fantasy where you punch someone to a pulp - not in a toothless and puffy faced Jared Leto, "I had to destroy something beautiful" way. Despite talking it up I am actually non-violent in my actions. So the intense feeling of wanting to punch and hit is not something I have ever acted upon.

I'm grateful that there is a movie that can vicariously deal with these emotions for me. It's important to be able to park feelings in a safe place when we can't deal with them. It's not always possible to 'resolve' difficult emotions so to be able to watch a movie and sob or laugh or grit my teeth in empathy with the characters is the next best thing to fixing it. 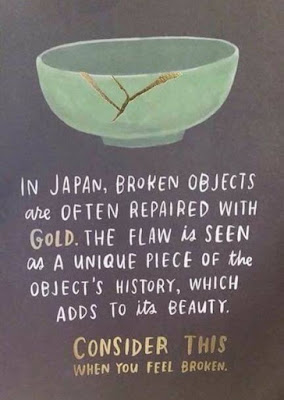 I've been reading about a Hindu goddess whose existence is all about being broken and growing from that brokeness. The idea is that in our lowest moments lie the seeds of great growth and personal development - I'm not sure about that, but I am pretty sure that feeling bad isn't going to kill me. I might find myself swearing or shouting at nothing in particular or in fact everything in the understairs cupboard that fell on me while I was trying to put some stuff away the other day.

Depression doesn't mean being down all the time. It may not even mean being sad a lot of the time. For me it often means being very angry for no reason at all. Being fine one minute and losing it the next over something so entirely meaningless that it's embarrassing.

See what I mean ?

It's not even being a bad parent, although on the evidence above you could be forgiven for thinking that. I worry that my sons may inherit my irritability and not be able to control their moods or lose their temper at absolutely nothing. I fear what they think when they witness it and do my best to hide the sadness and badness. This means they're not seeing the real me very much.

I don't mean to be ungrateful or unappreciative. Of course I count my blessings and I realise that there are so many people worse off than I am. That just compounds the belief in how bad I am for not being able to be happy when I have so much to be thankful for.

Agood friend of mine was a 'functioning alcoholic' and I suspect I'm a 'functioning depressive' ie. I do the day to day stuff, keep house, make meals, take care of the boys and even manage to hold a range of voluntary roles. Surely depression means not being able to get out of bed ? Well I can get out of bed - slowly, but still. There are days when I am already worn out before I've begun the day, but I usually manage to function enough to make it through. I collapse at the end of the day going through in my mind all the bad things that I have done that day that make me a bad person.

I make myself do the things that I think a 'good person' would do. I mimic what I think a good person is. It never occurs to me that the mythical good person that I'm being might do the same. I believe that if I were genuinely a good person I would just do nice things without thinking, "Oh look at me aren't I a good person doing this good thing?" That reminds me that I'm not really good after all.

It's not always possible to dismiss bad thoughts or feelings and when other people remind me of my faults it reiterates how awful I am. I'm doing my best. It clearly isn't good enough. It's as if I'm not in control of my emotions. I've been feeling massive waves of grief. Earlier in the year I mentioned to Hubbie how I was really surprised that I was coping without breaking down. I had no idea it was waiting there for me. Just biding its time. 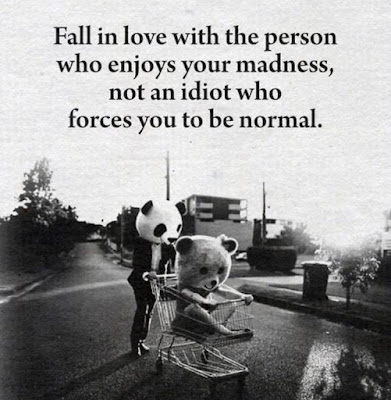 Hubbie was away overnight earlier this week and when the boys were asleep I was sitting on the sofa with Neo scrolling through facebook (me, not him). I saw a memory where I talked about taking part in the Moonwalk with Soraya and she had made a lovely comment. A few minutes later I was wracked with sobs and unable to stop myself from asking, "Why her ? It's not fair. It's just not fair."

This evening I was listening to Ruby Wax on Radio 4 talking about mental health. It's gone from being a topic that was never ok to discuss to being pretty much everywhere. I still feel odd talking about it. Not least as I worry the person I've told will use it against me. I've never talked about depression or anxiety with my family even though they have been directly affected by mine most of my life. Hubbie is the exception and I'm already trying to find age appropriate ways to talk to my sons. I want to reassure them that my outbursts are about me and not them.

I haven't watched Fight Club in ages. I haven't metaphorically kicked anyone in the head in a while. I run and swim to manage my moods. I make sure I eat regularly and drink plenty of water to keep well. This weekend we all spent a sunny afternoon in my parents' garden while the boys played with their cousin. As we were all there we bribed the boys with ice lollies and cake so they would sit still for photos. It was such a lovely family moment and yet I felt as if I was watching it all from behind glass.

At this point it is hard to believe I'll ever feel 'normal' ever again. It's like my head is under water and every so often I pop up to catch my breath. In those brief moments it seems possible that things will get better. All I have to do is keep having those moments and notice them. 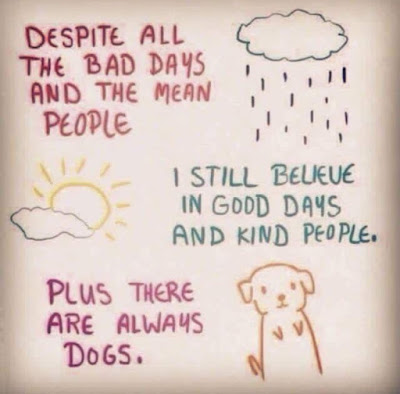