Firstly: Get a drink of your choice (not judging, if you want a beer for breakfast you go for it).

Secondly: If you are of an emotional disposition make sure you have a handkerchief or a box of tissues - just in case.

Finally: Settle down somewhere comfy - preferably with a pet for company and read this:

It occurs to me that we are now a nuclear family. Brown Bear - our 'miracle' baby that yoga, a low-fat diet and sheer bloody-mindedness built. Oh and a champagne-filled New Year (he was born in Sept, you do the maths). Blue Bear - his literal brother from another mother - whose personality and appearance are uncannily like Hubbie. Not forgetting Neo who I see as the .4 of our 2.4 children as he is significant enough to be counted, but not entirely a half. 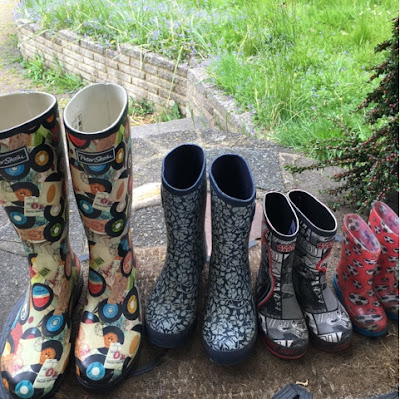 Three years ago Neo noticed some changes in the household. The small human who had been around for a while now was almost fully trained. He was able to open the cat food cupboard and put biscuits into a bowl. The mini one no longer chased him or pulled his tail and was malleable enough to lie with on his bed at night. Brown Bear and Neo had forged an alliance that was ridiculously cute to witness. He had pretty much got this one to the point that he didn't need us any more (apart from tins - the little one couldn't quite do tins yet and reaching taps was a bit of an issue). Then suddenly the cot reappeared. The buggy came out of storage. He was banished from our bedroom at night. A new small human came to visit a few times. A little bit longer each time. Then one day he didn't go away any more. 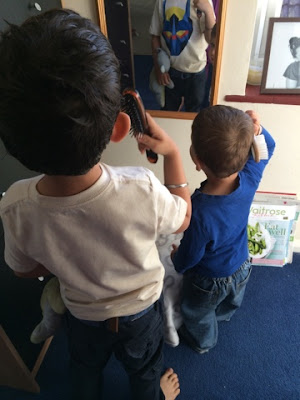 The smallest one didn't just sleep a lot like a baby would - he was walking and made noises. He slept in the cot next to our bed and would reach his hand out to check I was there. I got used to sleeping with my hand out so he could touch it when he needed reassurance. We also had to sleep with the light on as he was scared of the dark. That first night we got both boys to sleep by 8pm and were high-fiving each other and congratulating ourselves on what amazing parents we are. I almost made a space on the shelf for whatever trophy it is they give you for being the best at this sort of thing. The Oscars of Adoption if you will. Our smug celebration was shattered by the sound of crying. Brown Bear was a great sleeper so we hadn't experienced this much before. He wakes up before the sparrows, but he always slept through unless he was ill. Blue Bear was not just a different kettle of fish, but an entire shoal of unfamiliar oceanic activity. 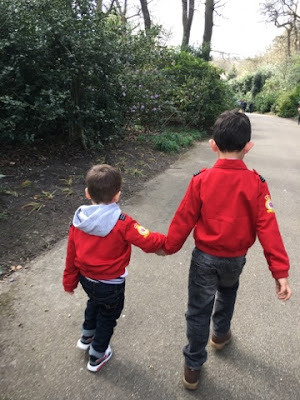 We took it in turns to try and soothe Blue Bear to sleep. After a few hours I put him in the car seat and drove laps to calm him down and to give the others - and our neighbours - a break. Nothing was working. Blue Bear was crying, I was crying, and we had no idea what to try next. Finally we managed to calm him down enough to go back to sleep. It was not long after that I got a text from his foster family asking how he was. I told them he had been upset, but was finally sleeping now. That single message was a lifeline - for us and for them. I can only imagine what Neo must have thought about the noise, the unpredictability of this new one and the shattered peace in this household he had so finely crafted. 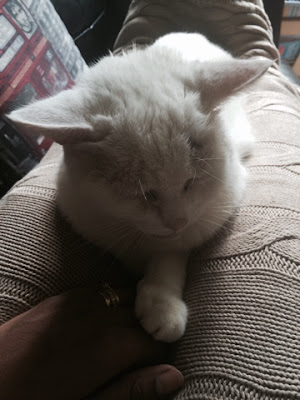 Seven and a half years ago I went away for three nights. Neo kept looking for me. He had been taking care of me and bump while I was on maternity leave and often slept on my tummy - well until the bump hoofed him and he looked a bit put out. He was such an active baby that we called him Jiggly Puff.  I told Brown Bear this today and he was amused at the revelation that he would sleep all day while I was moving and dance all night when I wanted to sleep. Hubbie brought me and the baby home after three days during which Uncle Adrian had been feeding Neo. I went straight over to cuddle the cat and he miaowed at me stricken that I had been away for so long. In the sprawl of balloons and cards and infant paraphenalia I don't think he even saw the baby. We introduced them and Neo looked unimpressed and went over to his food bowl. We didn't see much of the cat in those early days. 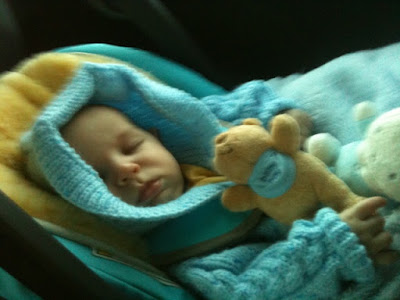 Neo has always been an adventurer and would be outdoors all day and often we had no idea where he was. With a tiny baby in the house he made himself pretty scarce. Maybe it was the change of routine that he took issue with. It might have been the lack of attention to him since this interloper had arrived. It might even have been that he wanted to give us space. We just don't know. At bedtime, however, it was a different story. He would always go in and check if the baby was asleep before he would go to bed himself. He still does this now and will pop his head round the kids' doors and miaow at them if they are not in bed. He lies with Brown Bear and doesn't come downstairs until the boy is asleep. I often go in to check on them and see the most adorable scene of brotherly love. Blue Bear is put out that Neo won't sleep on his bed, but he does move almost 360 degrees during the night which makes it logistically a bit difficult. Neo is an old cat now and doesn't appreciate being shoved around too much. 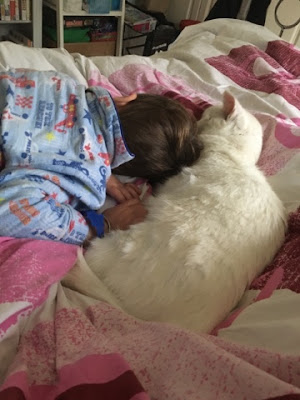 Ten years ago we went to Battersea Cats and Dogs Home to bring Neo home with us. As we tried to leave every one of the volunteers came to wish him well and to tell us what a lovely boy he was. The vet checked him over and when we went to make the suggested donation we were told it was ok they didn't expect any money as he had a heart murmur and they didn't think he would be with us for long. Hubbie and I were insistent that they accept the donation whatever his prognosis. On the train home he was cooed at and fussed over by every other passenger. When we got home he got out of the basket and explored the house. He made for the back door only to be denied by a locked cat flap. As per the rules he stayed indoors and I would rush home from work to see him every afternoon. He hated using a litter box and made many efforts to break out of the house to explore. When the day came to let him out I stood in the garden as he disappeared over the fence. I don't think I breathed the whole time he was gone. What if he didn't come back ? Hubbie assured me he would. When Neo's small white furry body reappeared I was flooded with relief. 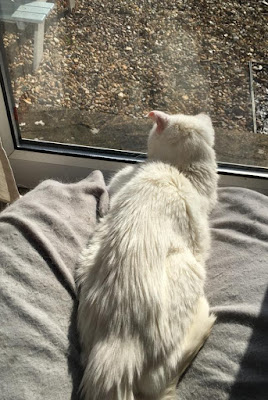 Today we celebrate ten years of living with Neo. A lot has changed. He now has a cauliflower ear, is on two different pills and a special diet for his kidneys. He lounges on a beanbag looking out at the garden rather than being in the garden. He still sheds white fur like you wouldn't believe. He now has two boys living in his house and when they are asleep he lies next to me on the sofa with his paws on me to make sure I don't get up. He has his seat on the sofa and if the boys are on it he will miaow at them to move - they do. Despite Hubbie's best efforts to keep Neo downstairs at night I still wake up to find a cat at the foot of our bed. Some days I wake up to find the boys in our bed as well and no sign of Hubbie as he's been uncermoniously shoved out. 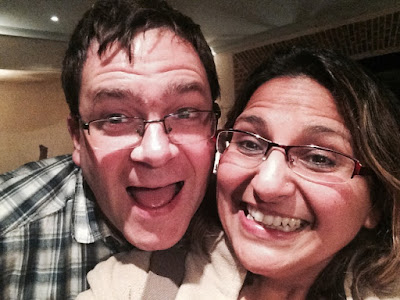 This is our little family. I love every last one of them with every fibre of my being. From meeting Hubbie and realising this was something special and whatever happened I didn't want him not to be in my life. To the cat who was only supposed to have half a year left to live. The baby we were told we'd never have. The boy we cannot imagine living anywhere other than with us. 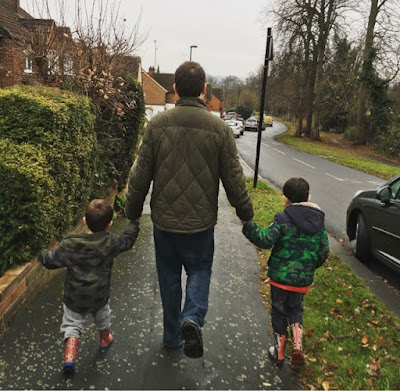 These guys are my everything.

They are the beat of my heart.