My family is not the same as yours - and that's just fine.

I've been taking a post adoption course to support my boys with anger issues that have surfaced over time. It's a preventative measure for me as the boys are still young and I want to be able to circumvent any potential issues as Blue Bear grows and as Brown Bear introduces more rough play and dares into their games. During the course I've heard other adopters and trainers use the phrase, 'our children.' It's not a term I have ever used, but now I have spent time talking to others and sharing our experiences I do feel part of a wider 'family.' I realise all our children are different, but what we feel and witness and live with is alarmingly similar. Separation anxiety, trauma, unknown fears and unexplained emotional responses. 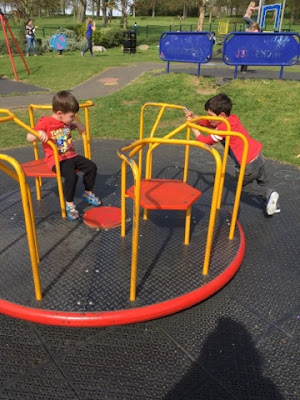 For example: when Blue Bear came to us we had no idea that he was afraid of the dark until we took him to watch the Sooty show at the theatre and as soon as the lights went down he went into meltdown. The first night when he kept crying we put it down to missing his foster carers and being in an unfamiliar bed / home / place. More than two years later we have worked out that when he cries out he has to know someone is there and that he is not alone. His early neglect still surfaces as a fear that he is going to be left and no one will come if he calls out. We have moved on, but he still shouts out and while we can soothe him with a reassuring touch or word we don't know if he will ever truly believe that we will always be here for him.

When the boys fuss and fight with each other other parents (non adopters) try to rationalise it and say, "well all children do that." I spoke to someone the other day about how difficult it was in the beginning before they were used to living together. She said, "well it would have been like that if you'd had another baby anyway." No it wouldn't. For a start Blue Bear wasn't a baby when he came to live with us. He was a walking, moving, shouting, not sleeping, taking toys and fighting for attention toddler. Secondly having a baby is nothing like adopting a child because I would hope that your baby hasn't come to you following abuse, neglect or trauma. Your child has probably had a secure attachment to parents from birth onwards and not had to undergo a separation - or even more than one before they came into your family. 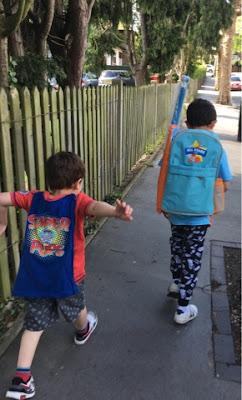 No one means to be unhelpful or thoughtless. I honestly think that. However, when I try to explain why I am going on a course to help support my raising these boys I know they are wondering why I need to keep seeking help with what I can only imagine comes naturally to them. Well, again I can try and explain. In the training course I attended today the trainer referred to self care as being an essential in helping adopters to parent effectively. She talked about how much trauma we carry around. The trauma that our children have experienced, the trauma of being neglected, abused, taken from birth family, of being moved on from foster care, of joining a new family. None of this even begins to touch the trauma we carry of our own. The trauma from our own childhoods, our experience of childlessness, of loss (miscarriage, failed IVF, etc.)

So as well as managing the children in our care we have our own stuff to deal with. I've heard adopters refer to experiencing post traumatic stress disorder and I can sort of understand this. For the whole of the first year that Blue Bear and Brown Bear were living together I was permanently in fight or flight mode. It was a constant battle to keep myself together as they argued, fought, demanded attention from me and cried, shouted, screamed. I still feel so broken by it that even though they now get on so much better I find myself going straight to that level of high alert at the slightest provocation.

I'm not suggesting for a moment that what we feel as adopters is on a par with what our kids have gone through. What I am saying is that comparing my children with yours is neither accurate nor helpful. I have no idea what it's like to have your family and you don't know what it's like to have mine. I'm doing my best and I'm sure you are too. 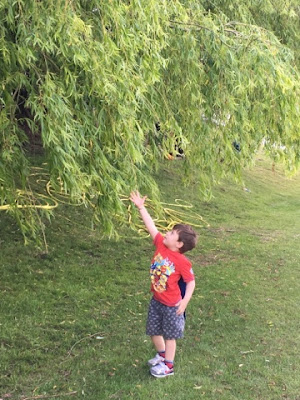