Hippos and Time Travelling Magicians - theatre for children is brilliant !

I've been taking Brown Bear to the theatre since he was around 3 years old. His first show was Room on the Broom and he loved it. Since then he's been with me to watch many shows and can now sit through a two hour pantomime or Chitty Chitty Bang Bang and not fidget or fuss. In fact we've had compliments about how well he behaves which I think is in no small part due to his experience of theatre going from a young age. I love that there are so many shows specifically for children and we all went to watch Stick Man a few months ago which was when I realised that Blue Bear is now old enough to go to watch shows too. Hooray ! 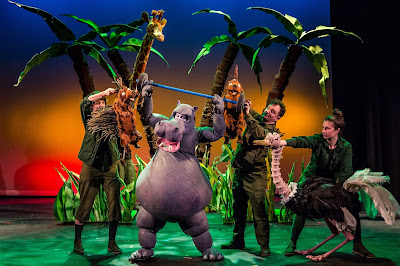 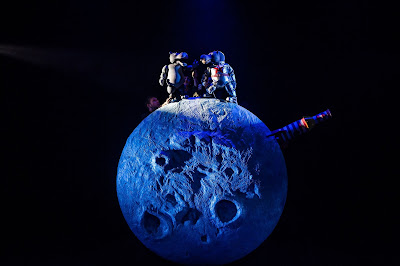 Based on David Walliams’ original children’s book with illustrations by Tony Ross, The First Hippo on the Moon is an explosively funny space adventure which sees the enormously rich Hercules Waldorf-Franklin III and ingenious Shelia compete to be the first hippo to make it to the moon. I can't wait to see what Blue Bear makes of it and hope he enjoys it as much as the book. 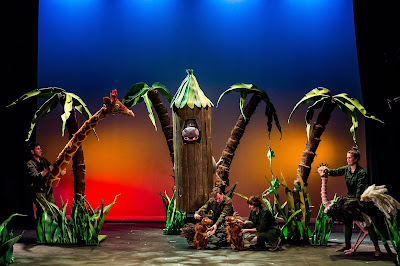 First Hippo on the Moon is on at the Churchill Theatre from Tue 2nd May until Saturday 6th May with a relaxed performance on Thursday 4th May.

Brown Bear is a big fan of magic since he got a magic set for his birthday and I'm delighted he's going to be see a special show with us during the May half term. Time-travelling magicians Morgan & West are back with their new show More Magic For Kids!  at the Underbelly Festival Southbank between 29th May and Sunday 4th June. 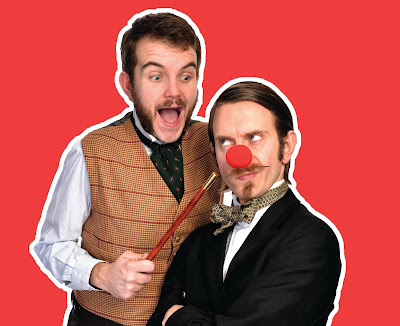 Despite their squabbles about the idea of creating a show for children, Mr West has finally resigned himself to the idea that he now does shows for children, although he’s really not best pleased about it. Mr. Morgan, as ever, is thrilled that people are willing and indeed eager to watch him and his magic tricks. Join in the fun as Mr. West wants to prove that he’s better than Mr. Morgan, and indeed silly children. No doubt his comeuppance will come as More Magic For Kids! prepares to unload another boxful of bewilderment and impossibility. What could possibly happen next ? 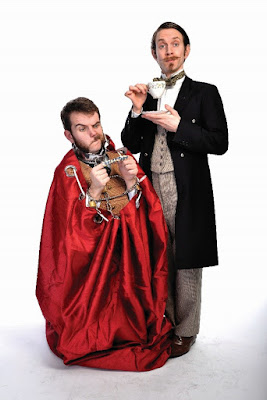 I'm sure Brown Bear will want to know how it's all done and seeing a family show on the Southbank will be a new experience too so it's one we're really looking forward to. I've been to the Udderbelly Festival, but the children haven't so that will be fun.

More Magic For Kids! sets out to provide entertainment that is delightful for anyone of almost any age (5+), from any time period, and any level of maturity. The result is a marvellous show that is loved by both adults and children alike and will keep you entertained from beginning to end – the perfect family day out!