Adoption Week: Is it difficult to adopt ? 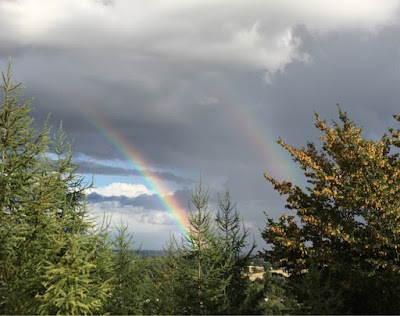 So there are many questions that I get asked about adoption. Some are intensely personal and therefore unwelcome, others are general. Pretty much all are introduced with, "I hope you don't mind me asking..." then it begins:


Often all of these will be asked within a very short space of time. It feels like I've been fired at with a machine gun much like the protagonists in Some Like it Hot during the Valentine's Day massacre. I'm still smiling, but I can feel the pool of blood forming around my feet.

You see each of the questions is a minefield of issues including privacy, safeguarding and other fun stuff. Once you unpack them a decision has to be made about how far to take the questioner into the reality vs the polite response to a polite question.

I made this mistake early on. During a night out with mums from school we sat in the garden drinking between karaoke sessions. Blue Bear had been with us for only a short time a this point and I was being asked about him. I started out politely batting off the personal stuf. "It's his private business, I'm not comfortable sharing that." to losing it and suggesting if they really wanted to know the gory details maybe they should strap in for the ride. It wasn't going to be pretty. I was so fortunate that night as one of the mums had my back. She stood right by me, looked me in the eyes as she said, "you don't have to do this." I took a breath and decided that she was right.

I don't share anything about Blue Bear's family life. Part of that is because we don't know a lot about it. We are supposed to get his 'life story' to help talk to him about his adoption. We are still waiting.

So this is where it gets difficult. It's not the practicalities of the process - you expect that. It is the agencies being in and out of your life, having to report anything to a lot of professionals. I was in a car accident with Blue Bear in the car and my first panic stricken thought was "I hope he's ok, I must take him to the doctor for a check-up. I don't want them to think I'm not taking care of him."

It wasn't simple - even though we'd been assessed before - and this time the process included our birth son so we had another person to consider at every turn. Our social worker spent a lot of time with us and our son got to know him pretty well too. Once we had been approved not one professional came to see Brown Bear at all. He went from being an integral part of the process to being completely invisible. I was not impressed. My only concern was he should not be affected negatively by our decision to adopt. He was the son we already had and we were unwilling to compromise his quality of life for a possibility that might never happen. He was excited about being a brother and then he was just left alone.

Waiting. That was difficult. Not knowing. No one can tell you how long it will take. You just have to take each day as it comes and when we had no children this was almost impossible. No it isn't possible to get on with life and not think about it. It's all you can think about. At least this time we had Brown Bear and his welfare was the most important thing.

Then everything happening really fast. Going from nothing to, 'hey here's a child for you to consider' to him coming to live with us in less than 4 months. That was difficult. Wonderful, hard work, unexpected, terrifying and difficult.

The first year of having two boys was so difficult I still can't believe how much it took to keep it together every day. I still find myself reacting as I did when they were constantly fighting for my attention. Now they tease me by chanting,"my Mummy, no my Mummy" at each other. I look at how far they've come and how much they adore each other and breathe with relief.

Yes it was and is difficult. For so many reasons. Everyone's journey is different and I can't talk on behalf of anyone else. What I can do is tell you about our journey.


Tomorrow: How do you talk to your child about adoption ?


It's Adoption Week so I'm writing about adoption every day this week.