Snap, bang, wallop what a picture.

I've not shared a week of photos for a while and it's been so hectic lately I knew I'd have some fun ones to show you.

It's been my ambition to read Harry Potter to Big Boy since we took him to The Warner Bros Studio Tour. Then when I was waiting to meet a friend at Waterloo Station I spotted this beauty in the window of Foyles Bookshop. I'm putting it on his Christmas list and hoping we can start reading it before too long. 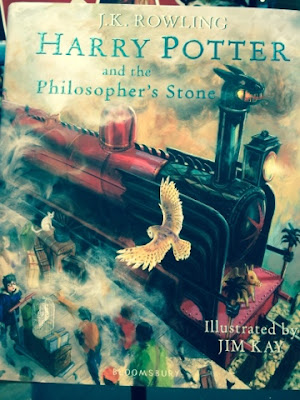 Neo has been sleeping on Big Boy's bed for a while now and he is so settled when he's there that we thought we'd have a bit of fun with him. While he snoozed away we carefully placed (very light) toys on him to see what would wake him or make him go all 'Buckaroo.' 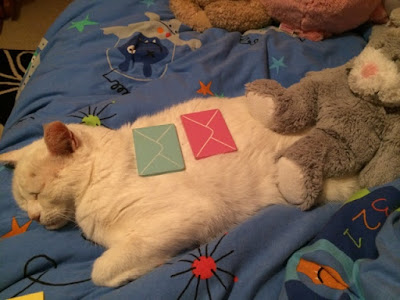 Both the boys are obsessed with anything to do with the fire service so I wasn't at all surprised to find them playing while dressed like this. 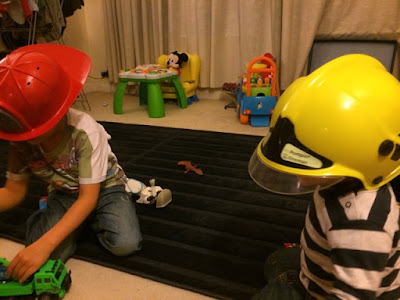 Now this week wasn't just about everyone else and I went to a book reading by Robert Newman in London. It was pretty low key and there was wine so I had a bit of a natter with him afterwards. 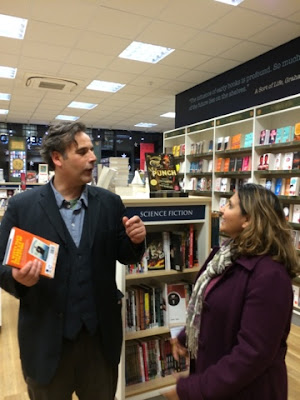 It's not often me and Hubbie get to have a night out together so when we were invited to the opening of a club we decided to go. It wasn't a late one, but it was nice to have an excuse to dress up and have some grown up time. 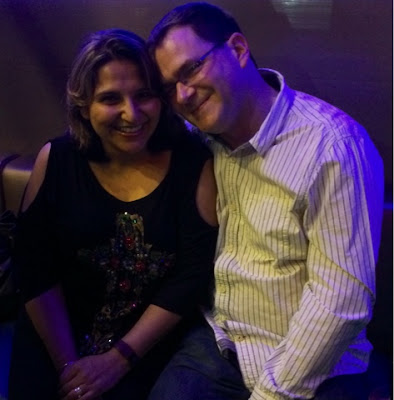 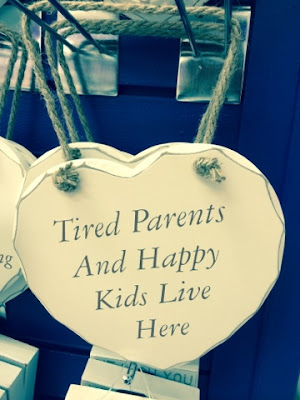