Keep taking the pills (the blue one or the red one ?) 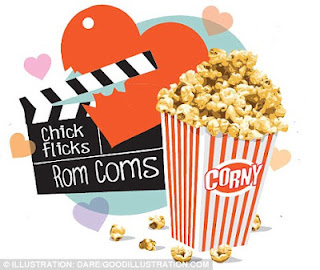 I've said before that in my head movies are real. This is sometimes a bit odd as I think something has really happened and it's just a scene in a film I've watched. I'm not alone in this - a man I worked with used to tell stories as if they were real that were lifted from movies. eg. the friend of his who did the a job that sounded really familiar then I realised that was because it was the Edward Norton character in Fight Club - I didn't have the heart to tell my work colleague that he was delusional and we all knew, it seemed too unkind.

Then there are the 'facts' I know because it was in a movie so it must be true. The most disturbing fallout of my obsession with moving pictures, however, is how I perceive life events through the filter of screenwriting cliches. Well mostly romantic comedy cliches actually as those are the movies I tend to watch the most as they require very little thinking and even less active engagement with the plot. The reason I even mention this is that it has become a bit debilitating and I'm borderline agrophobic now for the following reasons:

1. I can't tell Hubbie I love him before he goes anywhere because if I do something terrible will happen to him minutes later while I'm washing up and smiling at nothing in particular (the same applies to anyone I love)

2. When I'm sitting in the car waiting at lights I'm convinced a runaway truck will pitch up out of nowhere and jacknife ploughing straight into unsuspecting me

3. A cough always means something sinister (usually consumption of course.) If it's dismissed as 'nothing just a little tickle in my throat' they're almost certainly a goner !

4. If I meet someone new I can't assume they are entirely trustworthy, they could be an assassin or a private investigator befriending me for nefarious purposes

5. Loud noises at night are always bad news. I once phoned a friend to come over to my flat rather than leave my bedroom to check what the loud noise had been hours earlier. I threw a set of front door keys out of my bedroom window to him in the street and he quietly and carefully climbed the stairs two floors up - so as not to disturb the intruders - armed with something heavy. He kindly gave me the all clear when he'd put the suitcase back up into the bathroom cupboard that it had fallen out of. 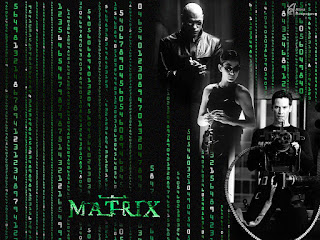 Can you imagine how tiring it is trying to unpick the cliches from the probable ? Now bear in mind I've picked the examples that show me in the least crazy light - no really I have ! If I was to go into the Bollywood movie cliches too you'd be all discombobulated. Then there's the whole 'what if the Matrix is real ?' thing when the Sky box goes off for no reason. I didn't say it had to make sense.

So I'm going to bed now, with the stairs fully lit and not in a skimpy nightdress.