The evening I spent with Jay Rayner: and he didn't even buy dinner ! 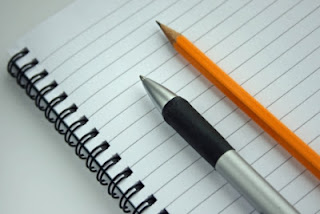 At the end of last year I made a promise to myself to make a go of writing - not in a 'this is the year I get my novel finished / published' way more in a 'am I actually any good at this ?' kind of way. I was feeling a bit under-employed what with not being a 'mumpreneur' and thought I needed to be doing something useful. It was in this vein that I asked for a ticket to a Guardian masterclass with Jay Rayner as a present for Christmas. Now if you don't know Jay he writes restaurant reviews for the Guardian and Observer and is on Radio and TV and is the son of the much loved national treasure Claire Rayner.

As the genius and global icon that is Rayner strode into the room the air vibrated with the sound of quivering loins. Ok he told me to say that - yes really he did. Jay actually opened the class with a reference to those who had tweeted saying that they'd been given him for Christmas and how it was a sign of dark humour in the relationship. I slunk down in my chair as I was one of them, but I can also vouch for dark humour in a marriage being no bad thing. 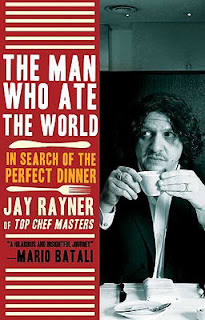 So to the skill of writing. We all think that because we like to eat out that we could be a restaurant reviewer. This is like saying, because I make dinner most evenings I should be a chef and open a restaurant. As Jay pointed out food reviewing is not about putting bums on seats for restauranteurs, it's about selling newspapers or magazines. For that reason what you know about food or restaurants is of little importance, but being able to write well is vital. Otherwise we're all just (insert name of mindless reality show here) contestants who want to 'be famous' without specifying what for exactly.

We did a writing exercise where we tried to compose the opening lines to a piece of writing. It was deceptively difficult. Maybe that was the glass of wine I slugged back in the break though - Mum's night off and I wasn't driving so why the hell not ? I would recommend a Guardian Masterclass if they do them again. It wasn't expensive, they provided wine and it was at the very fancy Guardian offices near King's Cross. There was some homework before the night, but it proved very helpful as we dissected some articles Jay had written and he explained how they were constructed. He's an engaging speaker and I had no idea how diverse the range of his writing was. I was far too sheepish to stay for drinks afterwards, but I did say thanks as I shuffled off to get my train.

I have been hard on myself for 20 years for not being able to fund a postgraduate course in Broadcast Journalism that I had a place on. I told myself that was the reason I wasn't able to break into my dream career. Jay, however, made a valid point that rather than having a qualification in the process of journalism the main requirement is to know 'stuff' (he was more eloquent than that though). Having subject knowledge and being able to write about is more important than knowing the history and mechanics of writing or the media. Experience will eventually give you this information anyway. This one comment was a bigger kindness than Jay could have known. I now understand that what has stopped me from making a career in journalism isn't a lack of training, it's me. 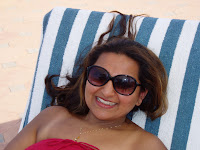 So, instead of dismissing my radio show as a 'hobby' or my writing as 'nothing' I'm going to be more positive about what I can do. You know like when people say 'dress for the job you want' or 'act happy to become happy.' So from now on I'll be wearing big dark glasses and a massive fake fur coat and am auditioning for an entourage to follow me around and make me look like 'someone.'