I claim my trophy thanks

I was on a course today. It was an all day event about 'the adopted child in school' and required a fair amount of mental energy. There was a lot to take in and so much that was useful and helpful, I'm so glad I went. Of course before I could go I had to make sure things were organised at home.

Last night I'd made a packed lunch for Baby Boy - having already agreed a longer day at pre-school for him so that Hubbie could work from home. They were celebrating Australia Day at pre-school so I made sure that the bag by the front door had his packed lunch in it as well as a koala toy for show and tell. As I was in the bathroom this morning I called out to Hubbie, "red, white and blue." To make sure that he dressed Baby Boy in the colours of the Australian flag as requested by nursery.

Having ensured that I ate some breakfast I walked Big Boy to school this morning - well I ran behind his scooter as we were running late - then went to catch the train to London. I ran down he ramp at East Croydon to make sure I didn't miss my train to King's Cross and even managed to get a seat.

During the lunch break I had a wander round Waitrose and picked up some Easter eggs for the boys and some fruit for the journey home. When I got to St Pancras I found out that no southbound trains were running so had to make alternative travel plans. I rang Hubbie to let him know.

When I did get home he had already cleared the backroom for my yoga class and I was able to spend a bit of time with the boys before they went to bed. Then after class Hubbie said he had a confession.
Me: "Was it that you forgot Big Boy's scooter at school ?"
Hubbie: "Er, yes."
Me: "Yes he did tell me, that's ok. You went back for it didn't you ?"
Hubbie: "Well, I think I drove over it actually."
Me: (sniggering) "Sorry ? What ?"
Hubbie: "Well, I was getting Baby Boy into the car and it was raining and I forgot the scooter was there then I heard a bump and thought it was the kerb."
Me: (wiping tears) "When did you realise ?"
Hubbie: "When we got home. I got the boys back in the car and we went back for it."
Me: "I love when you look after the kids for the day. It makes me feel so competent." 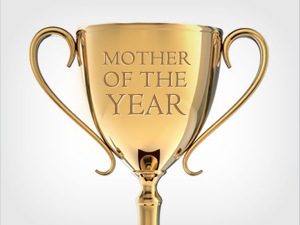