I'm pretty sure I've mentioned how my home is in dire need of decluttering due to my pre-children incessant shopping habits and a desire to live the kind of life where I have time to juice, bake, make soup and other fancy stuff that would justify having many kitchen gadgets.

My lovely mother in law always asks what we want for Christmas and birthdays and as I have so much already I often think of something at that last minute which is how I came to own a juicer that was in it's box for about 5 years before I opened it. Then I used it once and forgot all about it. 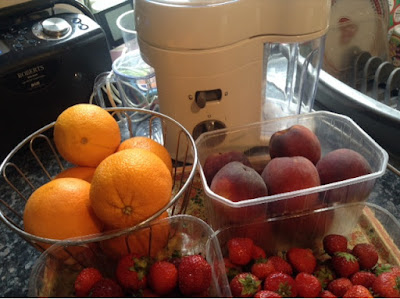 In January I was making green smoothies every day and used a blender, but the poor old juicer remained neglected. Until this week that is. I returned from a visit to my parents laden down with boxes of peaches, strawberries that were slightly softer than usual and I already had some oranges that a neighbour had left us when she went on holiday. I decided to dig out the juicer. 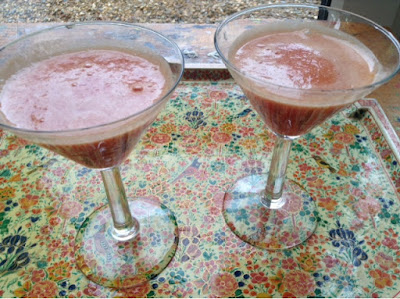 The result was a lovely fruit drink that wasn't too sweet, but tasted lovely. I almost made a rash promise to do this as a regular thing, but let's face it I'm not going to say that as it's unlikely to happen again for a while.

Anyway, at least I know how fab it is to use and when she asks I can - truthfully - tell Mother in law how great the juicer is :) 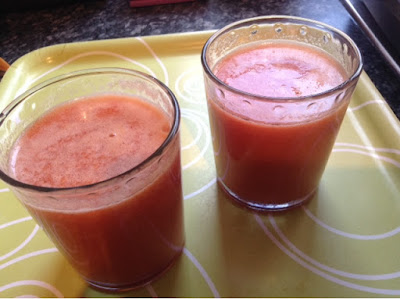