Is there such a thing as genetic memory ?

Do you remember that bit in Sliding Doors when John Hannah's character refers to the 'Foetals' - the fact that everyone knows the music of the Beatles even if they weren't born when the band was around. Like a genetic memory. I am becoming convinced there is such a thing as Big Boy has a sudden obsession with lightsabers despite never having seen any of the Star Wars movies. He will,  of course - I'm not a heathen - but he is far too young yet. So how is it that he has any idea what they are unless it's been passed down through some cultural shared memory ?

It seems a lot from the past is making a comeback and it's like time has gone backwards sometimes. I fully expect my son to revisit some of the experiences of my childhood. It's almost as if having the internet and mobile phones wasn't enough to keep this generation fully occupied with youtube clips of dancing cats and addictive mobile gaming. I've handpicked a few of the cultural icons from my youth that have made a reappearance. 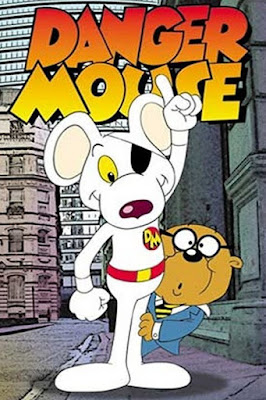 Dangermouse has been reimagined with Alexander Armstrong as DM and Kevin Eldon as Penfold. This reminds me of two awesome things - when asked what animal Penfold was my sister used to insist that he was a potato (mind you she also wanted to be a strawberry when she grew up). The other is that my friend whose surname is Penfold has not had to endure ridicule about this for many a year and now it's all going to come flooding back - he is equipped for this, but I suspect that his wife will find all of this a bit new.

Rubik's Cube I was never able to do this, however hard I tried. In recent years they've come back and Hubbie picked up two at a promotional event so we keep handing them to the boys to test which one is a genius - we've yet to find the answer.

Sonic Boom yep that old fave Sonic the Hedgehog is back and has his own show on kids' tv. Since I let Big Boy use my Nintendo DS he's also been playing Mario games and refers to Mario and 'Weejee' which makes me snigger every time. I'm waiting to see if he starts to play Donkey Kong and Frogger next.

The Clangers so the BBC have thrown a lot of money at this remake of the classic show and my boys seem to love it. The wholesomeness and simplicity of it is quite sweet and soothing. For me it just reminds me of the time my car was broken into and the toy clanger my friend Phil had given me was stolen along with a lot of other things that I kept in my car including rollerblades, CDs and my favourite denim jacket. 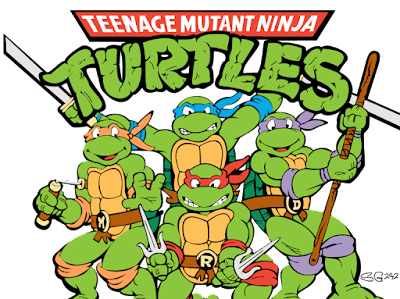 Teenage Mutant Ninja Turtles At a Build-a-Bear party we went to most of the boys chose Teenage Mutant Ninja Turtles despite never having even seen the show. Of course they have moved on since we were kids and where they used to be called Leonardo, Raphael, Donatello and Michaelangelo they are now Leo, Raf, Donny and Mikey - good grief ! It also appears that whereas they had to be called Hero Turtles when I was a kid as Ninjas were considered far too violent for children it's apparently fine now for the delicate flowers that call me Mummy. When two of the turtles did a live appearance at a local shopping centre I took Big Boy and he was over the moon to meet them despite that fact neither of us knew which ones they were. It was when we found some episodes online for him to watch that we decided they really were not age appropriate for him just yet.

Some characters are just ageless, like Sooty and Basil Brush who are still performing live in what must surely be their golden years. To be fair they are probably the only ones from my childhood who are not eyed with suspicion. I expect that they will still be going when my boys are far too cool for kids' shows.

For now I am enjoying freaking out my boys when I tell them that the things they are really into were mine and Daddy's favourites when we were little too.