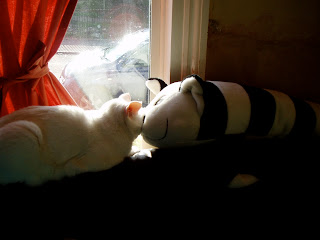 Apparently Sunday evening at 6pm is when we get that 'school tomorrow' feeling which transports us back to childhood and the doom laden realisation that the weekend is now over. I offer this as an explanation for the 'misery memoir' tone of this post as I began writing it at 6 this evening. I've been pondering the things that disappoint me in life - initially this was prompted by a few instances of food related disappointments:

1. The bottle of water I bought from Boots that smelled and tasted like sewage - I found this out as I took a swig of it during my Zumba class <retch>

2. As I finished tucking into a delicious dish at a ball in a posh golf club I found the bar code sticker that had been left on the stuffed aubergine I'd just been eating.

3. The middle of my pizza fell through the shelf onto the floor of the oven. I was left with half a pizza -  presumably that is why it's advertised as low fat ?

4. I opened a pouch of toddler food to give my son only to find it was mouldy. However, Ella's Kitchen sent me a freepost envelope to return it to them and responded very quickly. All in all great customer service.

Then there are the emotional matters that cause more of a deep rooted upset than these pretty minor irks. 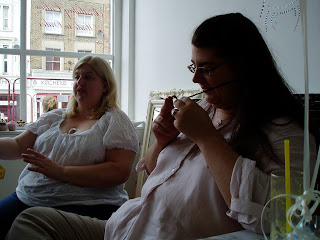 Years ago my Mother told me that I do too much for my friends and when they don't reciprocate I get hurt. Of course she knows me better than anyone and has watched me people please my entire life and get walked over or ignored instead of acknowledged or appreciated. I'm still learning who deserves the time and effort and have realised that in life we have friends we do for and friends who do for us. A friend who is in both categories is a rare find and I'm very blessed to have a few of those too - they're precious and I hope they know who they are (they tell me they read this and that's one of the reasons I love them so).

One of the things that concerns me is when people I think I know and actually like share photos or updates on Facebook that are offensive. In the last week I've had shared with me two posts that are racist, uninformed or just plain wrong. How these people can agree with those views and be friends of mine just baffles me.

Then there are the friends who disappear. When my son was born I met some other first time mums who I became close to and we met up and our children became quite good friends. Then they both fell pregnant again and I didn't so they stopped being friends with me. I'm making a causal link here, but in the absence of an explanation that's all I can do. It hurt and I was upset, but let's face it, if all we had in common was our children then we weren't really friends were we ?

Then the cause of this post in the first place. I was up early and out all day helping someone who has never yet thanked me for a single thing. I always think I'm just being petty for wanting to be thanked, but being actively rude to me when I try to help and making a point of effusing over everyone else and ignoring my contribution is a step too far. 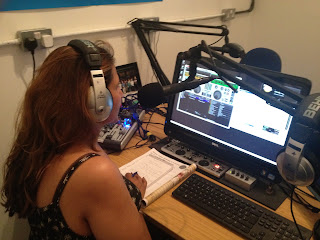 This is also one of two people I've had as guests on my radio show who have shown little to no interest in what I've tried to do to help them. I present a radio show on which I invite guests to talk about their work and to help them promote their local businesses. Most guests are very positive and kind about being invited on and make an effort to get their friends and family to listen as well as using the appearance to build their profile.

I have invited onto my show some folks who I know quite well who have behaved as though they are doing me a favour by being on. One of them completely ignored my questions and just delivered a monologue, therefore missing the entire point of it being an interview. I have also asked them to help me promote my show and blog and they haven't been willing to do it, so clearly this is a one way street in which I mistakenly think we're friends and we're not really.

I'm having a bit of an audit of people who are worth the effort and those who aren't and I'm not sure they will make the cut. Not that they'll notice of course. In case you are wondering why I'm sharing here, I am safe in the knowledge that neither of them read this blog.

Thank you for reading though, you're lovely. Will you be my friend ? :o)