Adults Do Have Disorders too you know

On Monday I presented my radio show as usual and this week the topic I covered was Attention Deficit and Hyperactivity Disorder. It was suggested to me by my guest and fellow presenter who was diagnosed with ADHD only 2 months ago, even though he believes he has lived with the condition all his life.

Before I spoke about it with him it hadn't occurred to me that adults could also have the condition. In fact I had intended to have a second guest on to talk about being a parent to a child with ADD or ADHD, but he was unable to participate at the last minute. As it turned out this was no bad thing as it gave me the opportunity to really get into depth about the topic with one person which made for an engaging interview.

I was fascinated to learn that it is possible to hide ADHD and not be the 'naughty' child that we have come to expect from the stereotypical idea of a disruptive and noisy presence in the classroom or home. What I also didn't know was whether or not a child with ADHD can be 'cured' or will always have the condition and can manage it as an adult so they can function in society without being singled out. It is not uncommon for parents to worry about the behaviour their children display and to seek answers in order to help their offspring. The difference here is what if you as a child learn to cover up and your parents or carers don't see it so you struggle along without any support ?

While we are familiar with the terms Autism, Aspergers, Bipolar Disorder and ADHD or ADD it is entirely possible that we don't really know what any of them are. In his search for answers my guest was repeatedly misdiagnosed and it was only due to his tenacity and self awareness that he eventually got a diagnosis of ADHD which is now being treated with medication.

In my research process to find a parent who would talk to me on the show I asked around and was told that parents can be reluctant to talk about it as they don't want to appear disloyal to their child. Maybe that was the real reason behind my other guest's non appearance ? 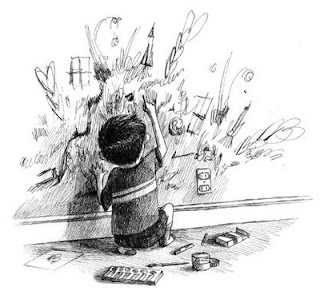 I really hope that this show is a good start to exploring the topic and that in a future show I can interview a parent or even a young person with ADHD. If people can move on from the belief that it's just old fashioned naughtiness hopefully we can then have a proper discussion about what is needed to support young people and adults.

If you have experienced ADHD yourself or are a parent or carer I'd appreciate your comments about this show and suggestions for what to include in the follow up I plan to do.

Listen to Are We Nearly There Yet ? every Monday online at www.croydonradio.com or podcast it now