It's been a while since I did a photo post so I thought I'd share some of my recent adventures and share the visuals with you.

A couple of weeks ago I spent the day at Youtube near King's Cross Station. It is one of those millenial workplaces with fridges full of drinks and food available to staff so all us bloggers arrived with empty bellies ready to pounce on the free breakfast. However, I was more interested in the guitars they had hanging up with a sign saying you could as to play them if you wish. I know when I sent this photo to my hubbie he had his eye on the Les Paul ! 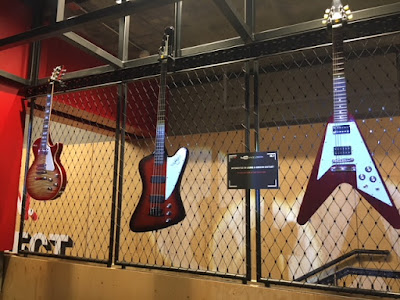 At my sons' school we held a winter ball with a Narnia theme. It was amazing and the effect of guests walking through the wardrobe and pushing aside coats to reveal the snowy indoor winter scene was magical. For me this twinkly dancefloor was the highlight - I think I might have to have one in our home ! 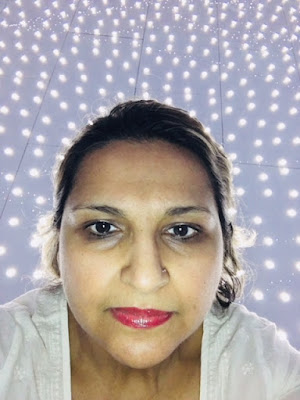 Hubbie and I are big fans of Jason Manford. We've seen him live a few times and when he announced he was doing some live gigs to promote his first LP I got us tickets to see him perform in London. When we arrived we were stunned to find we were closer than expected. In fact even Jason commented on how close we were to him. If that wasn't embarrassing enough then our pizza arrived while he was still performing and we had to wait until he had finished to eat the - now cold - food. Still, he was very good indeed. 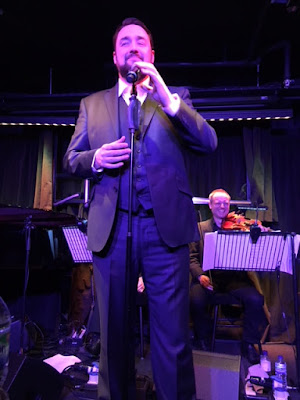 I've been very late to the party when it comes to Dishoom and since I first ate there the morning after seeing Norah Jones at Ronnie Scotts I've been three times. Each time it's been a different location and they all have distinctive features and colonial Indian decor. I went to the soft launch of the latest branch in South Kensington. It's in the old Barkers building and used to be a cinema. It's like all the things I adore in one place. Delicious food, stylish and cinematic. 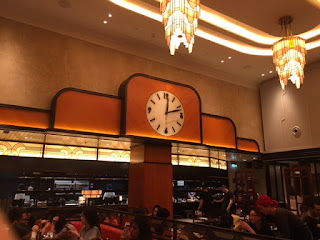 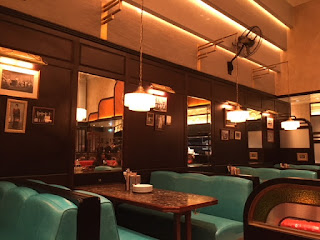 Since I've been at Radio Lewes I've been pestering my fellow DJ and long time friend Soraya to present a show with me and the other weekend we did just that. 2 hours of inane chatter and some pretty spectacular music and we didn't even stop for breath. It was such a wonderful experience and I really hope we get to do it again soon. 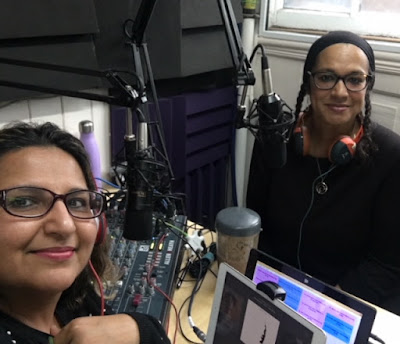 Finally, I can't even remember the context for this one, but I saw it and it tickled me so I thought I'd share with you. If you can't see the problem then I won't spoil it for you. Also, there's far too much to even outline here. 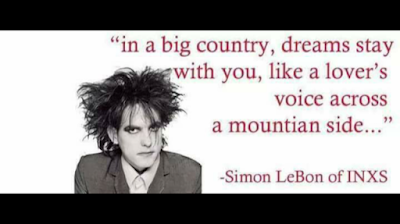 That's some snapshots of what's been happening with me lately. I hope you're a bit more with it than I am at the moment. If not, then stick around kid we will probably get on just fine !