Everything is awesome... oh so very awesome

Yesterday I was in Wembley with 2000 other people - mostly women - dancing non-stop to raise money for good causes and whenI returned home I was tired, but with such a feeling of having done something that was both great fun and had achieved some good. Today I felt disbelief that it was over already. This event that I had been thinking about for so many weeks and that is now done. We did it !

Next week I will be a stallholder for the first time at my lovely friend Yasmin's Mother's Day Pamper Event. It's one of my favourite events of the year with so many wonderful therapists offering treatments to pamper and relax as well as lovely stalls selling wonderful gifts and treats. I've been preparing for months now, buying stock and photographing the gifts I'll have for sale. This is my first attempt at being a saleswoman and I'm hoping it goes well, but I'll be honest I'm nervous. I'm not averse to trying new things, but it doesn't come without some cost to my well being.

I don't deal well with change. Whenever I've moved house I've at some point been crying in a heap over the sheer enormity of it all. This was not good when I moved house about ten times over a period of five years. I was actually becoming convinced I'd never find a place to call home. When I did buy my flat I was still all over the place - mentally - and my friend Neil observed that I was living surrounded by boxes and that I was becoming distressed by the temporariness of it all. Once I unpacked - he surmised - I would feel better. I did, he was right and it was ok, but you get the point. I don't do change.

When a big change is coming I keep busy and I make lists and I set myself an impossible amount of work to do before everything will be ready. This is what I do. Not because I want to, but because it's how I deal with change. Well, I don't deal with change actually, I try to control how things will change and that's not always within my control.

We have a big change coming soon - a good thing - and I'm a bit of a mess. I have stumbled on for months knowing this might happen and not letting myself believe it will. I've tried to organise and plan myself into being ok with waiting when I really am nothing of the sort. Slowly I've become more and more unbearable so that now I am virtually incoherent when I'm around Hubbie and our boy. I am so easily thrown into a state of exasperation at that pencil not being in the right place or those tomatoes being the wrong shade of red or - heaven forbid - someone not reading my mind and doing that thing I didn't say I wanted done.

I can't explain anything right now. It's all a bit too awesome. If I was a creative sort I'd make a movie out of lego about it, but I'm a mere scribe tapping my random thoughts into this space and hoping that it makes sense to someone. It surely doesn't to me right now. 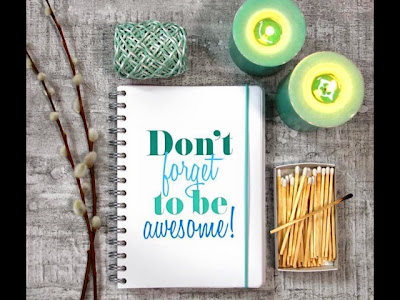