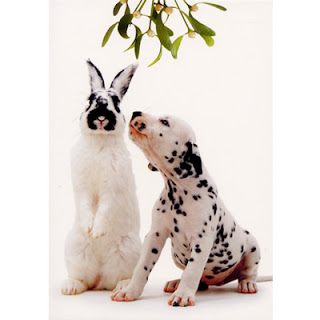 For those of my readers who are not in a relationship this post will either be of little interest or make you glad you're not. It's about the trials and tribulations that living with another person can cause.

People are annoying. They can be friendly, kind, loving and even funny, but mostly other people are annoying. From the music they listen to on their headphones, to the opinions they have to the way they eat food in public, other people are just a mish-mash of things that are designed to get on your nerves. Take all these qualities and put them in your house and try living with them and you have a marriage. Or if you're not that into marriage, you have a partnership.

I live with someone who doesn't argue (and I don't mean my son - he's already able to yell within an impressive range !) My Hubbie is perceived by everyone as being a nice guy and a bit of a softie. So those who think I'm a meanie have this idea that he is hen-pecked. In actual fact he's perfectly able to stand up for himself and not arguing is a real bonus as I come from a family where shouting and arguing are considered primary forms of communication. In fact my father's preferred form of punishment in my teenage years was to just not talk to me for ages. The longest time he ignored me was 4 years and at this point he even walked past me in the street and pretended he hadn't seen me. In his mind withdrawing any form of communication was the ultimate sanction in a household where the decibel level was critical all the time.

If I'm upset I snap, or I cry, or usually I do both. It's immediate, it's done with and as soon as it's over I regret the bad feeling I've caused to others in my warpath during the dark mood. This is why I can't abide two things:

1. the lingering nonsense that is sulking.
2. being constantly reminded of how I was really angry about something that time.

If you sulk it's self indulgent and it doesn't achieve anything. It doesn't clear the air and it doesn't explain to anyone what your issue is. It also doesn't leave any space to apologise for being selfish as it's just too long drawn out for that. Reminding me that I was upset about something years ago (or as one person I know likes to do constantly telling me I'm unreasonable) ignores the fact that I do apologise and try to make up for being in a bad mood which a sulker doesn't do.

I live with the world's primary expert in sulking. If there were a prize for being able to sulk the longest and with the least reason he'd have won it long ago. I blame myself. Mother-in-law did tell me this years ago and I smiled and thought, "what does she know ?" I mean she's only his mother after all. He is able to sulk for days that go into almost weeks. I make his favourite foods, offer him the remote more often and keep asking if he's alright. The mood doesn't shift. Then I finally snap and lose my temper and revert to type and demand an explanation for the moping around and get a teenage response akin to "nuffin" and a shrug.

In some ways it's good to have different conflict styles. Not for us the constant hum of low grade bickering you see in other marriages. I remember getting caught in the cross fire of an argument about whether or not to paint radiators once - it was petty and ugly, much like that couple's arguing style. Just once in a while though I'd like the simplicity of one of us saying what is wrong and the other one responding with kindness and a cup of tea.

It's difficult enough to be nice to strangers without having to do pleasantries with him indoors. If you can't just say "Oi ! Stop leaving your socks on the floor it pisses me off !" what is the point of being married ? Surely it's about being able to let off steam to the one person who you know can take it and will be alright with you about it because they know you're just upset and not being a nasty, selfish pig.

Every now and again I want to switch off from making sure everyone else is ok and just have an off day. It doesn't happen often, but it does happen. A cup of tea and a bar of chocolate is a great solution, but just not having someone else sulk about it is even better.