Dancing in the car and other toddler adventures in music 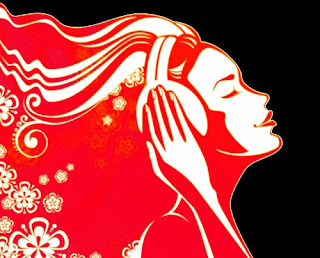 We love radio in our house. Music radio, talk radio, commercial radio, internet radio you name it we will listen to it. I have the radio on almost all the time so my boy has grown up with an awareness that the Archers theme tune means it's time for bedtime milk and that the 6 o'clock news beeps mean that Daddy's train gets into the station in ten minutes. He also knows that both his parents can be heard on the radio and loves hearing Mummy say goodnight to him on the occasions when I've done a music show in the evening.

I've taken him to Rhymetime at local libraries since he was a babe in arms so he knows all the nursery rhymes and he also hears us singing silly made up songs at home. He copies the ones we've created and he's started to invent his own songs too. My brother once asked if his nephew was requesting to 'get down get down' from his highchair in the style of Kool and the Gang - Jungle Boogie and I had to admit yes he was. What can I say we sing where just talking would be boring.

So he's got music in his bones and surprisingly strong opinions about what he likes to listen to. When he's in the car with me I veer between Radio 4 and XFM (Hubbie listens to LBC and it just makes me yell so we have to agree to differ). I've been doing an unscientific study of his tastes in radio music these last few weeks and have compiled a shortlist of the ones that have made me laugh the most. 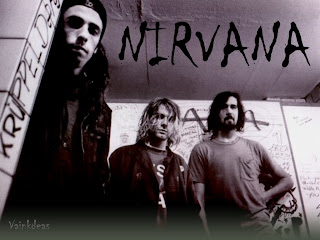 Nirvana - Heart Shaped Box: I am personally delighted that my boy loves Nirvana - not least as he has very cool hair and we used to dress him in grunge style. It's not exactly toddler music, but I love the band and it makes me so happy that when this song came on I asked him if he liked it and he said "Yes Mummy - make it louder" (high praise indeed)

Whigfield - Saturday Night: Ok I'm horrified by this one, but I get that it's appealing to a child. I mistakenly went off piste during the extended news and thought I'd see what Radio 1 were playing and this is what was on. My boy insisted that he wanted to hear this to the end. Even me telling him that Daddy would be really disappointed by this choice did not persuade him otherwise. When Hubbie got in the car my boy said, "Daddy you don't like it, but it's my favourite." (it's not - he's only heard it the once !)

The Cure - Pictures of You: I only recently discovered that Hubbie doesn't like the Cure. It's been a revelation as I just assumed that you had to like them if you have any indie music sensibility whatsoever, but apparently not. My boy, however, does seem to have inherited my love of the Cure so that's ok.

Matchbox Twenty - 3am: On a long car journey recently I plugged my ipod into the car and played some of my favourite random songs and when this one came on the boy began to swing from side to side in his car seat. Just to be sure he wasn't just putting off a much needed loo trip I played it again and sure enough he was enjoying the music. So he even likes obscure American bands.

The Strokes - New York City Cops: This was on in the car when I parked up on our drive this afternoon as we got back from nursery. I turned the key and the music stopped along with the engine and I heard a plaintive cry from the backseat, "NOOO MUMMY !! Don't switch it off !!!" I had to turn the car back on and sit on our drive until it was finished and then I was allowed to bring him indoors. In a bizarre twist me and Hubbie saw the Strokes play a gig at the Natural History Museum before the boy was born - who knew it would turn out to be his perfect gig ? 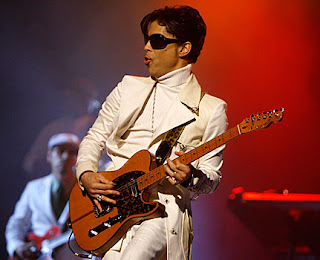 So this is what my boy would have on his playlist. I haven't played him any Prince songs yet because I can't take the risk that he might not like them and that really would destroy me. He did reject a Foo Fighters song on Sunday, but I'm putting that down to him being close to nap time and not in the mood for loud music. He did seem ok with Rage Against the Machine (heavily edited of course) so it's not like he is averse to noisy tunes.

This does bode well for my plans to make next year that one where we take him to festivals.

He seems to have discerning taste (Whigfield aside) and frankly that's more than I can say for a lot of grown ups I know !

Email ThisBlogThis!Share to TwitterShare to FacebookShare to Pinterest
Labels: Foo Fighters, Kool and the Gang, Matchbox Twenty, music, my boy., Nirvana, Prince, radio, Rage Against the Machine, the Cure, The Strokes, Whigfield