Confessions of an OCD mummy

My siblings have often joked that I have OCD and I've gone along with it, but I realise that I do actually have a lot of obsessive compulsive tendencies. It was when I started to think about all of the things I do that it occurred to me that it might not be 'strictly normal' (whatever that is). So today might be the time to confess: 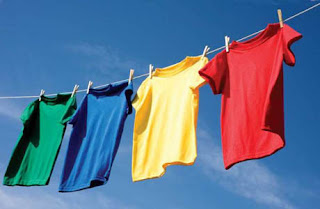 I hang up the washing in a specific order. Hubbie's clothes on one side (they're the biggest) then mine and lastly the boy's. If Hubbie kindly offers to hang up the washing I rehang it when he's gone to bed or left for work as I can't bear to go into the room it's in until it's done 'properly'.

When the clothes are dry I fold and stack them in order of size and who they belong to. It speeds up the putting away process. I know, I know you're already rolling your eyes at the ceiling and it's not going to get any better.


Once I've worn my clothes for the day I fold anything that isn't going into the wash basket and put them away (even the boy's). I can't get Hubbie to do this so there are hooks on every door in the house so he can hang his stuff up and not leave it on the floor where it drives me crazy.

The other day I went to get something from under sink, noticed a stain on the shelf and started emptying all the cleaning products and candles out so that I could wipe down the shelf. Hubbie walked in and asked what I was doing (we were about to eat dinner). I told him and he walked out again.

Any time I have to change the volume control on the radio or TV it has to always be set to an even number. Always. I don't know what would happen if it is on an odd number. I've never risked it.

I fold bags for life (and all carrier bags and paper bags, in fact all bags, you get the idea) a certain way. If Hubbie puts them away scrunched up or folded another way I do them again.

I love seeing friends and family, but if people are in my house I get stressed about them moving cushions or touching stuff or generally changing things from the order I have them in. It makes me a terrible host as I just don't relax.

The fridge is ordered a certain way with designated shelves for things and the 'right' place to put items. The freezer is the same, but adapts depending on what we've eaten and what we've bought. My Mum's fridge is chaos so I can't open it and look for milk to make tea, I just have to close my eyes and feel around in the door for where I think it's going to be. She recently replaced her fridge so when I went round I had no idea where anything would be - it was carnage !! 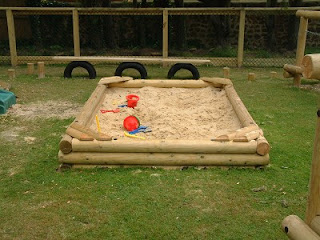 Because of my aversion to mess I won't have sand or messy play at home. My boy turned his shoe upside down in the car the other day and it sent me apoplectic as he poured sand all over the floor and his car seat. Every night when he goes to bed I tidy all the toys, books and toddler detritus up so that - overnight at least - the chaos is managed.

Yes I am aware that my being this controlling will not go unnoticed by my son. I do try to minimise the effects on him, but I have noticed a few telltale signs that he is subliminally taking it all in. One of these was when we were at my parents' house not long after the boy had started drinking from a cup and not a bottle. He reached across for a coaster and put it under his sippy cup. My sister looked at me and said, "that's you that's done that to him !!" I insisted I didn't make him use a coaster at home, but had to admit he'd seen me using them obsessively on all surfaces.

So that's a round up of the less odd of my compulsions. I haven't even started on what happens if a stranger sneezes near me or if a child with snot all over their face is close by. Judge if you like, I'm already imagining you have tutted more than once and raised an eyebrow or two.

I'm married to the most patient man in the world and he lives with my fastidiousness. It makes no difference in his life if the fridge is a mess or if the clothes aren't folded or if there's a muddy cat paw mark on the kitchen floor. He also understands that one or all of these might be cause for a meltdown by me. It's why we function so well as a couple. He's not insane and at least half of my son's genes are his so that's alright.

Anyway, I have to go now and deal with a smear I noticed on the kitchen window earlier.

Thanks for listening :o)