InRealLife - a movie you have to watch

You know how you behave when you go somewhere for the first time on a holiday or a city break ? When me and Hubbie went to New York for our honeymoon I recall looking up in wonderment at the familiar sights and scenes and gasping as I saw the setting of so many movies and shows that I love. All the while we were awestruck by the place other people were going about their day and doing their jobs and buying lunch and picking up dry cleaning, etc.

I was reminded of this as I weaved through all the visitors to Covent Garden on Friday on my way to a preview screening of InRealLife - a new documentary by Beeban Kidron. People's fascination in the piazza (which no Londoner goes to - naturally) reminded how interested people were when I did a job where I visited prisons. There is a morbid fascination with this forbidden and closed world that isn't all that interesting to those inside it at all, not least as it's where they live and work and do their stuff. Just like those Manhattanites going about their day and me wandering through the sights of London that I have seen all my life and barely register any more. 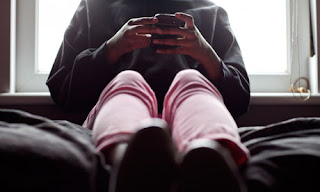 InRealLife explores a world that is just as alien and at times frightening - the universe occupied by teens and their use of the internet. Parents may use the internet, but whether we are infrequent visitors or regular users the teenagers in this film live and breathe the internet. As adults and parents we navigate the edges of the internet in their wake, often because it's changing so fast and we just don't get the nuance or norms.

While I realise that this blog exists on the internet and I use email and social media and all of those things, they haven't always been part of my life. Kids now have all these resources to hand from the moment they are alive. We are in an age where children do not play outside, they don't walk to school, they're discouraged from befriending anyone we don't know or approve of first. Of course they live on the internet - it is their window to the world and it is in their hands. One of the stats that comes up first in this documentary is that teenagers spend almost as much time online with friends as they do in person with them. Not that the perspective of the movie is that the internet is bad, more that we have no idea what young people use it for. 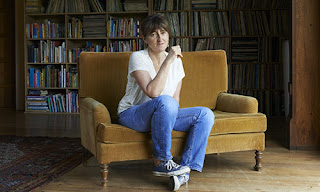 Beeban Kidron asks teens what they do online and they are shockingly honest about it. She has an uncanny ability to make gritty films that engage on a human level. I was captivated all those years ago when I watched, 'Hookers, Hustlers, Pimps and their Johns' and mistakenly thought she must be a New Yorker. In this film she is heard - and occasionally seen - talking to teens whose bravery in talking so openly about their online lives is breathtaking. 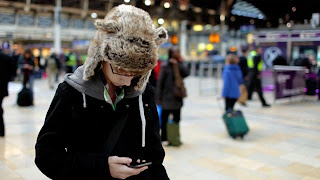 A young woman whose identity is protected talks about having to do sexual 'stuff' to get her phone back from a group of lads who took it from her. She acknowledges that if she hadn't placed such a high value on her phone she wouldn't have been lured to a strange house by her multiple abusers. The film does not judge any of these young people for their choices. Tom has come out online, but not told his Mother he is gay. He has a boyfriend, but their relationship has been carried out online and he hasn't met him yet. Once he has come out to his Mother we follow him to their first meeting and my heart was in my mouth the whole time. I won't spoil it for you.

As vignettes of teen life this film gives a stark view of how much time and energy is invested in an online existence and an almost complete lack of privacy. There is no value placed on protecting their own information and the company executives we see interviewed have no qualms at all about harvesting this information to target young people. The man from EA sports left me open-mouthed and speechless. The eerie background music and images of vast warehouses where all our private information is stored offer little solace for adults either. It's not meant to be an easy watch.

I have a massive fear and sense of unease about what it will mean for my boy who already knows how to work an iphone and a tablet computer and he's not even 3 yet. Of course the world will have moved on even more by the time he is a teenager and I won't have a clue what he is into. For now it is every parent's duty to watch this film. It might scare you stupid, but at least you won't be ignorant of what life is like for teens right now.

On Sunday 22nd September cinemas across the land will mark the release of InRealLife with a special panel discussion live event - broadcast live from the Ritzy cinema in Brixton.
The panel will be hosted by Jon Show with panelists including director Beeban Kidron, Government advisor on Online Child Safety John Carr and Editorial Director of the Sunday Times (and mother of two) Eleanor Mills.
You can find out more about how to book here: http://inreallifefilm.com/Satellite-Event