The princess and the pea revisited 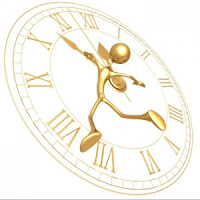 Being back in work has given me a finer appreciation of the time management issues required when every member of the family has a separate schedule.

Hubbie is first up and has the longest journey to work, as a result he's the most tired of all of us. He leaves for work so early that he has to tiptoe around the kitchen making his packed lunch and having breakfast so as not to wake the boy too early. I get up a bit after him and try to get a few things done before the boy does wake up and starts yelling, "Good morning" from his bed.

On the days he goes to nursery the boy needs to be there at a certain time so that he can have breakfast and has decided this week to wake up at 6.30 (Mon) 8.00 (Tue) and 7.00 (Wed) then this morning because my sister was taking care of him he was up at 6am calling her to come and let him watch Postman Pat on her iPad. Tomorrow I'm at home with him so he's staying in bed until I'm ready for him no matter how early he's awake.

My schedule is looking a bit like the cereal advert where the Mum has already done half a day of sorting out before she gets to work. Don't misunderstand me, the boys are very helpful and pretty self-sufficient in the mornings. It's more the logistics of getting myself ready, the boy ready and to nursery, getting to work and then realising I haven't eaten yet and it's already ten o'clock. I used to get to work early so I could leave early in the afternoon. I'm not a desk hanger and have no qualms about leaving before everyone else, so arriving at work at 9.30 is entirely alien to me. I mean half the day has already gone !!

I'm not working on Fridays which is a blessing as I want to still get to have a day with my boy and it gives me a weekday to do things at home. Tomorrow we are having a new alarm fitted - with pet friendly sensors, so if the cat wanders round he won't set it off. Admittedly his manoeuvres are pretty limited at the best of times, but I don't want to be charged with wasting police time if we call them out to attend a moggy crossing the living room for a stretch and some cat treats rather than a burglar. 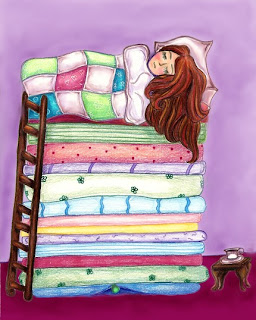 We will also be waiting in for the nice chaps from John Lewis to deliver a replacement mattress. I'm looking forward to a proper sleep again after a failed attempt to order a new mattress. A few weeks ago I decided it was time to get a new mattress for our bed and Hubbie pointed out that John Lewis were doing a free collection & recycling offer at the time. We had some vouchers kicking around so I ordered what I thought was a nice looking mattress for us. It arrived all rolled up and despite the kindly assurances of the delivery guys as they took our old - and four times thicker - mattress that it was meant to look like that I suspected something wasn't right. After a week of sleeping badly - and being increasingly bad tempered as a result - I finally checked John Lewis online only to find that the mattress I'd ordered wasn't intended for every day use, but as a guest bed (hence it arrived rolled up - that was my first clue).

Now being responsible types we had arranged for the old mattress to be collected and recycled at the same time as our new one was delivered so it's not even like we could put the old on back on and sleep on that. No, we've been sleeping on what is in effect a camp bed arrangement (albeit a king size one) until JL could arrange another delivery and collection of a proper mattress.

What this has taught me is:


So fingers crossed that my boy decides to sleep in (at least a little bit) tomorrow.

Until the new mattress arrives I need all the rest I can get, even if it is on a camp bed !