It's Wednesday so it must be date night !

What did we do before the Orange Wednesday offer of 2 for 1 cinema and 2 for 1 pizza at Pizza Express ? We didn't go out on dates that's what. 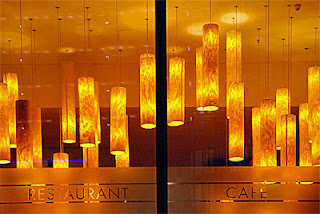 There was a time before we had our beloved boy when going out for the night wasn't such a mission. We'd play softball together one evening a week during the season, we'd go out for dinner quite often and we used to go to the Clapham Picturehouse for free previews or occasionally we'd pay for a movie.  The only time we ever paid full price for a film was to watch In The Loop and thankfully it was worth every penny.

Now if we want to watch a film together we usually have to wait until it's on DVD or - as we discovered recently - we can pay a small fee to watch it on TV and have our own home comforts while we watch Argo from the sofa in our pyjamas. The gold standard of date night, however, is when we have childcare and can go out to eat and watch a film both on the same night. Tonight was such a night.

We do make the obligatory calls to ask the babysitter (my sister) if our boy is being good. Of course being modern and high tech parents we have a teleconference with our son from Pizza Express direct to his cot and can check if he has toothpaste on his pyjama top or if he's playing up while he's supposed to be drinking his milk. With these duties done and pizza and doughballs wolfed down and paid for it's to the cinema for the main event.

Now I used to go to the cinema every week come rain or shine and watched a new movie each week. In recent years I watch fewer than 3 films a year in the cinema, so when I do they had better be good. The trailers give me the impression that my attendance is hitting the most likely candidates for films I can sit through. Apparently, upcoming delights include; Fast and Furious 6, another new Superman (Kevin Costner is his Earth dad this time, not a Duke of Hazzard), a zombie apocalypse movie starring Brad Pitt and something about a magic trick / grand larceny involving Woody Harrelson, the kid who invented Facebook and Borat's wife. It really didn't inspire me to return to the cinema again any time soon.

The last cinema visit we made was to watch Avengers Assemble which was brilliant. Cracking dialogue, great action sequences and lots of super heroes. I have to say that Star Trek: Into Darkness was no less impressive. It gave me laughs, thrills and a story I could actually follow (no mean feat these days !) We upgraded to the premium seats for a treat and if we'd had any snacks we had two places to store them and extra wide arm rests too !! 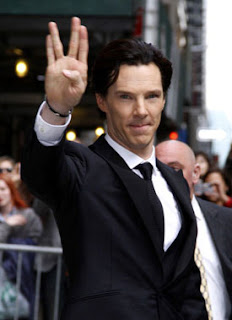 In a return to my movie reviewing past after a 22 year hiatus here are the highlights:


The best moment, though, was when Benedict's character reveals who he really is. In the hush of the cinema a lone voice said - with feeling - "oh Shit !!" it was what we were all thinking and it relieved the tension of the moment, albeit temporarily.