Yes, yes that's very impressive, but can he play it on the piano ?

The other day me and the boy were eating noodles for lunch - I'm delighted he likes Chinese food as it will hold him in good stead in future life as a student (hopefully) and as a man who can cook for himself (again hopefully). He watched me eat with some wooden chopsticks and asked if he could have some. I remembered the very small ones I have left from a packet of sushi, washed them and popped them into his bowl of noodles. He promptly took them out and effortlessly began to use them to eat. He was absolutely delighted and I was flabbergasted !

Now I don't remember how old I was when I first tried to eat with chopsticks, but it wasn't when I was two and a half. I don't recall anything I could do at this age that he does now. We take him to football, we go swimming, he has a toddler tablet computer and more bikes and toys than is strictly necessary. It's an unfair comparison between my childhood and his as there are 40 years between them, but it's the only one I have. My boy is an active child who is constantly on the move and I have no idea if he is like that because we do so many activities with him or if we are responding to his natural buoyancy and energy by taking him out all the time. I do wonder what our children will be able to do to rebel or let off steam. We keep them occupied so much of the time as though we're worried they might spend a fraction of a second without an activity. As I child I did watch far too much TV (I still do) and I wasn't really a 'joiner' (I'm still not), but I did read a lot of books and wrote a fair amount too. 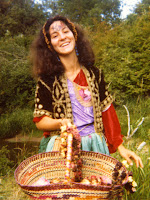 Parenting in this day and age appears to be about what other people tell us to do or judge us for not doing. We are given guidance from before our children are born on how to do everything and it's like parenting by committee. I consulted at least half a dozen Mums before weaning my son and at one point when he was still a baby my mother suggested I give him boiled and cooled water to drink. I recounted this advice to a hippie mum (you know the kind - batik print baby wrap and smells of patchouli and judgement) and was greeted with a sharp intake of breath as she told me in no uncertain terms " you never give a breastfed baby water." I was alarmed that I'd done something terrible then remembered that my mother raised four children so she must know what she's talking about. All this without resorting to tie dye sarong pants to show how much of an earth mother she was. Why did I even consider for a moment that my own mother might not know what she was doing ? 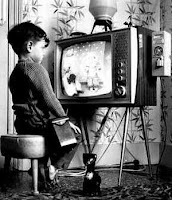 On any given day we see 'research' claiming that too much TV is bad for our children or that they have to eat certain vegetables for optimum brain function. In trying to ensure we don't expose our kids to too much of this or not enough of that we are also faced with other parents comparing how we do things. A friend asked me a while back what time our boy goes to bed and I told her - she responded 'Oh that's quite late isn't it ?' not intending to be mean at all. I pondered for weeks on whether or not I was failing as a Mother for not putting my son to bed sooner. When I saw her again recently she asked the same question and I sheepishly gave the same answer to which she replied, 'yes, that's the same as us.' So she was just checking in that what they do is 'normal' and not using the information to judge me.

I do wonder if the peer pressure from other parents has always been like this or if it's just a symptom of our need to be 'active' parents. We are so concerned with our sense of ourselves that we can't take a back seat to our children - we need to be 'involved and engaged.' I mean we've cornered the market in misery memoirs both as adults who were kids and as parents who can't stop moaning about how hard it all is. Isn't that what we're all doing on parenting blogs ? Mithering about how tough it all is. It's like leaning over a massive garden fence without having to share germs or make other people cups of tea and only half listening to the other person while waiting to jump in with our latest adorable anecdote about Jacinta or Tristan.

I'm pretty sure our parents' generation didn't moan about raising their kids they just did it. Neither did they seek other people's approval or plaudits for how well they brought us up. If anything they are self-deprecating when talking about their own children and any part they may have played in bringing them up.

Which brings me back to the chopsticks. I have no idea how my son knows how to use them, maybe he's a genius.

If he is it's nothing me or his father have done.