Eat, drink and keep the boy happy: how to enjoy a birthday lunch 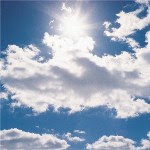 Why is it a bit of sun makes us all go a bit mad ? We've had unrelenting miserable weather for months - with the occasional excitement over snow and days off of course - and now we've had more than two days in a row of sunshine. So today we were in a pub garden with climbing equipment for kids and a giant connect 4 (that we thought was broken, but just had some bits missing which two bigger kids noticed and fixed) where we were having lunch to celebrate my birthday. Only we spent the first 20 minutes hovering between staying inside or sitting outside as it was that typically British scene where it was sunny and bright then there were spots of rain so it looked like it was all over. We decided to risk the outdoors just for a change and were eventually surrounded by people wearing cagouls and waterproofs in a kind of reverse curse where they hope to keep the sun out by dressing for monsoon weather.

I had picked this pub for two reasons. Firstly it was on toptable and enabled me to earn 1,000 points in one meal (kerching !) bringing us ever closer to a dining cheque to spend on a future meal - usually at the end of a month when there is more month than salary. Secondly it promised a garden suitable for children which considering our son is now constantly on the move and always on the verge of a tantrum seemed a good compromise enabling us to all enjoy the afternoon. As it was we have learned that if he has the option to play he won't eat. No matter how hungry he is nor how delicious the food we've chosen for him. 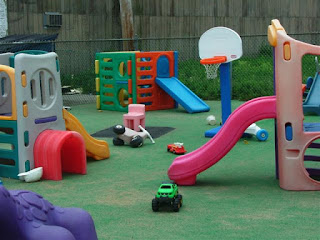 As the gastro-pub was in Dulwich (naturally) we also had to contend with the locals and their kids. The twin girls in matching padded gilets - Olive and Laura - whose parents had no interest in supervising or playing with them. The boy wearing the same outfit as his dad who proceeded to throw the counters from the connect 4 set at the other kids and laughed when his friend hit himself in the face with his toy snake while trying to whip the other kids in the face with it. The bigger girls who looked far too old to play with the littler kids, but who certainly didn't deserve to have big plastic counters thrown at them. The crawling infant who my son went up to and asked why she didn't have shoes on. All human life (and some pond life) was here.

It made me realise why I can't live in a place like Dulwich. I was in a shop yesterday in another chi-chi part of London and overheard a mother with her children in Fat Face where they were trying on clothes and the poor staff were trying to keep track of what they were buying as they insisted on keeping the items on complete with security tags. "Livvy you can wear that to Switzerland." and "Sebastian do you want to keep that t-shirt ?" called out the well-heeled mother oblivious to the growing queue behind her or the existence of anyone other than her brood. I just don't have that sense of entitlement. 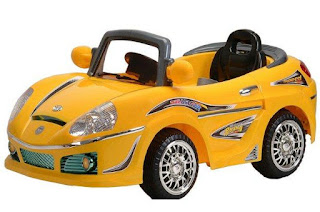 I've said before I don't negotiate with toddlers or felines. I do, however, bribe both. I find it's a convenient short cut to prevent the whining and meltdown that will ensue if I hold out over something that frankly isn't worth it. The last few weeks I'm delighted to see that Hubbie has also given in to the baser instinct to buy his way to a pain free shopping trip. My son has proudly shown me his new toy car when they boys get back from doing the weekly shop.

If he ever drives home in this I'll know we've finally lost the plot (and probably all our marbles too).

Email ThisBlogThis!Share to TwitterShare to FacebookShare to Pinterest
Labels: birthday, my boy, parenting