It's Apprentice season again and in our house this means avoiding Twitter and Facebook on Wednesday night (and sometimes Metro the next day) until we've managed to watch the recorded version we have on the telly box. This year the first episode was on a Tuesday night and I had a residents' meeting AGM to attend, so we recorded it and intended to watch before the next night. Only due to some Sky box mix up and a Hubbie confused by reminders it didn't actually get recorded. Then to make matters worse the chap next to me on the train the next morning had the Metro open on the full page story of the first to be fired - thanks mate ! Instead we accepted that at this stage there are too many of them to try and remember so we caught up on Wednesday instead. 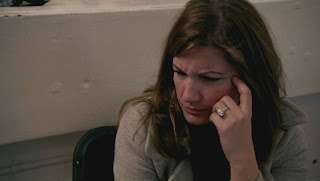 Of course the real stars are actually Nick and Karen and Hubbie pointed out that she has stolen my trademark 'unimpressed face' and head shake. In the spirit of taking it back I gave him a few simple chores to do while I was out at a yoga course today. I've measured his success in terms that an Apprentice candidate would understand. Judge for yourself how he did:

Task 1: Buy more cat food. The boy loves going to the pet shop in town and he likes to chat to the parrot so it's a win all round.
Outcome: Cat food bought and delivered safely home.
Success rate: 100%
Boardroom Explanation: I've got the instincts of a tiger and I'm hungry for this opportunity Lord Sugar. I'm a finisher.
Reaction: Smug smile from contestant - grimace from Lord Sugar and "I don't like a one trick pony, cos he's probably a phony."

Task 2: Buy a birthday card for the boy's uncle and post it to go before last post at lunchtime.
Outcome: Bought card, put in on table in lounge.
Success rate: 50%
Boardroom Explanation: "I'm a procurement specialist with a good eye for time management. The boy was in charge of postal logistics and I just can't see what he contributed to this task Lord Sugar."
Reaction: Karen shakes head and Nick rolls eyes to ceiling.

Task 3: Clean the downstairs loo - that only he uses. Including the bit where a magazine got stuck to the windowsill (no I didn't ask how) and he left it there so I wouldn't notice it was stuck fast.
Outcome: Poured toilet cleaner into the pan… erm that's it
Success Rate: 30%
Boardroom explanation: "I get right into a task and I'm not afraid to get my hands dirty, but I'm an ideas man with a head for the bigger picture. I left this to the team and thought they had it covered."
Reaction: Lord Sugar "Those that can't teach, bleach - is that right ?"

So the conclusion here is that if Hubbie was a contestant on the Apprentice he'd be averaging a 60% success rate by now and his piece to camera from the taxi home would go something like this.

Hubbie: "I know I have what it takes to do the chores without being watched over. If I just had a bit more time I could have shown what I'm capable of. I'm not going away though, it's not the last you've heard from me."

Me: I hope not, who's going to bath the boy if you flounce off mate ? 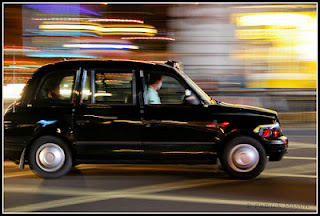 Email ThisBlogThis!Share to TwitterShare to FacebookShare to Pinterest
Labels: celebrity, family, my boy