Learning all the time...

It's always nice to have a Bank Holiday as just that one extra day makes all the difference. Now I'm working again it also means a bonus day in the week that I can spend with my boys. This week we made the most of our long weekend doing lots of lovely things together. The best thing, though, was that I learned a few life lessons and had time to appreciate them. In the spirit of shared learning I thought you'd like to hear them. 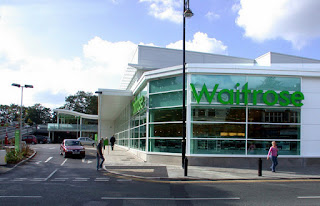 I've been pondering the origin of the name Waitrose for a few weeks now. I mean all the other supermarkets are pretty well known, but I've never known where Waitrose came from. Until we were sitting in traffic for three hours on Bank Holiday Monday and I had time to look it up. Apparently the store was first opened in Acton (close to where I grew up) and it was started by Messers Waite, Rose and Taylor. When Mr Taylor parted ways with the others it was named Wait(e)Rose after the remaining partners. Pretty obvious really.
Lesson One: Sometimes things are as simple as you think they are.

I thought I'd try an experiment with eating as a family this week. On Thursday Hubbie was at home with our boy while I was at work during the day and I suggested that we all have an early dinner in the evening when I got in. Usually Hubbie is home later than the boy can wait to eat, but on Thursday I got back, prepared hot dogs and fries for all of us and we sat to eat together. Usually we only get to eat together at the weekend so this was a bonus family meal. It was pretty successful actually with the boy loving that we were eating with him and he had great fun adding mustard to his hot dog, which he didn't eat, but small steps.
Lesson Two: It's worth trying something new and if it works it might become a regular thing. 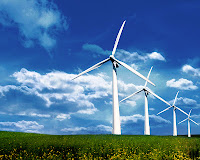 My father-in-law and I rarely agree on anything at all, but this week he surprised me. In discussing the recent local elections he shared his dismay that they had no UKIP candidate locally that he could vote for so he settled on the Green candidate instead. Now I'm all for votes for Greens and think the more the better, but I was highly amused that he'd go from a party that loathes wind farms to one that is all about sustainable energy. An almost complete volte face if you will.
Lesson Three: An old dog might not learn new tricks, but if it's confused it might surprise you with a new trick anyway.

Then there were the really quick ones:
And most important of all:

Learning is great isn't it ? 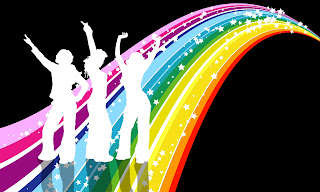 Email ThisBlogThis!Share to TwitterShare to FacebookShare to Pinterest
Labels: Green, my boy, Waitrose