The best anniversary of all

A year ago today we met our Baby boy. We'd seen photos of him and met his foster carers who told us about him. The social worker advised that we take lots of photos and take a small gift for him. We chose a toy bus.

The first meeting was for an hour. He wasn't too sure about us, but the foster carer said, "look it's Mummy and Daddy." He went over to get the photo book we had made for him. He pointed at our photos and smiled at us in recognition. We've since realised that he's very observant and has a really good memory. 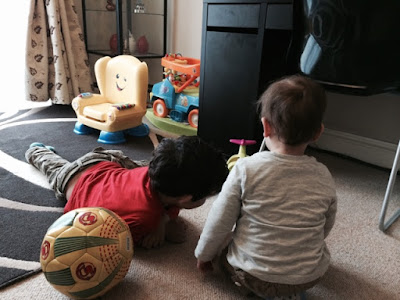 He took to Hubbie straight away. They rolled around on the floor and played and it was just magical hearing his throaty little laugh. We gave him the toy bus and he rolled it along the floor. I lay on the floor while he rolled the bus and followed him into the hall. He looked back at me and made for the door. "Not today baby, we'll go out tomorrow."

At that point he'd spent more than half of his short life in foster care. He was attached to the foster family and they had prepared him to move on to his forever family - us. He had not long started walking. I felt sad that we had missed such a significant milestone, but knew there would be so many others. 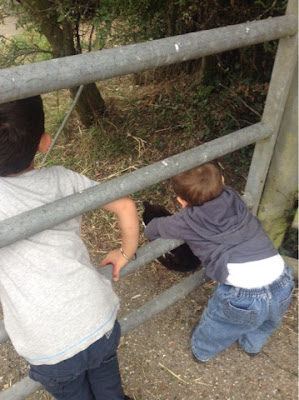 Big Boy didn't come with us to the first meeting. He made me promise to take a lot of photos and to tell him everything about his new brother. Our social worker had also advised that I record the feelings and emotions at the time. I'm so glad I did this as there is so much to take in.

Since that first meeting it's been one of the toughest years of our lives in so many ways, but it's also been amazing. We've had so many milestones and significant first times already. We are now a family of four and it feels just right. It's like he was always meant to be with us. 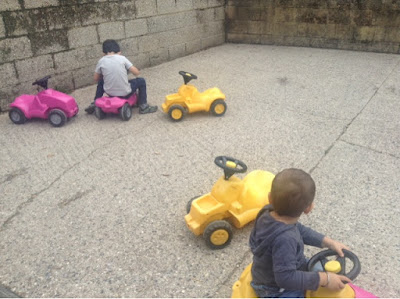