What is Sanskrit for cultural appropriation then ?

I saw on twitter that Beyonce has been called out for 'cultural appropriation' in the video for the song she has dueted on with Coldplay. In it she features as a Bollywood screen star complete with cleavage enhancing outfits and henna painted hands. Chris Martin and fellow Coldplayers mime while doused in Holi colours and there is a smattering of scenes featuring 'local colour' such as poor kids, festivals and holy men. It's pretty harmless stuff really. Is it appropriation ? Not especially. It's heavy handed and pretty cliched, but no more so than when Madonna did it a while back when she made the Ray of Light album. 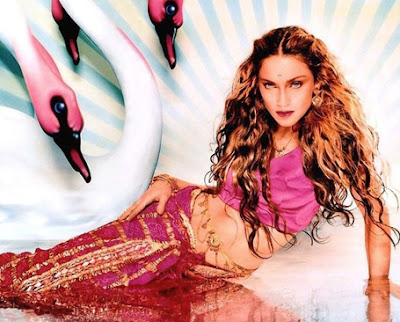 In fact Madge was credited with introducing the entire western hemisphere to yoga which apparently no one had even heard of before she did it. I've been a yoga teacher for 7 years now and have practised yoga for over 20 years. I first started when I came back from uni and read an article in Time Out about the life centre in Notting Hill and decided to check it out. The first lesson was tough, but I loved it and I kept going. Every Saturday morning I'd be in warrior pose wondering why I put myself through it as my teacher Andrea - an ex dancer - put us all through a tough Ashtanga routine. I was lighter and younger then and I struggled, but something made me want to do keep going and to get better. I did get stronger and learned a lot more about the practice and eventually took the step I had wanted to for so many years to train as a teacher.

One of the things that struck me when I was training was how often I heard the references to 'real' or 'traditional' yoga. I was lectured by tutors about how yoga is practised in India and on one memorial occasion a teacher impersonated indian people with that head bob we know (and that I loathe). I complained about her behaviour and she took to attacking me with the preserve of the racist and weak, 'some of my best friends are...'  I was fascinated by the mispronunciation of Sanskrit words and chanting what I can only assume is a non asian's version of the blessings. I was the only asian in the room and would often hear grand pronouncements about how things are done in India. One fellow student shared her outrage that in India disability is seen as a punishment as 'they believe it's karma' - oh man did I let rip on that day. 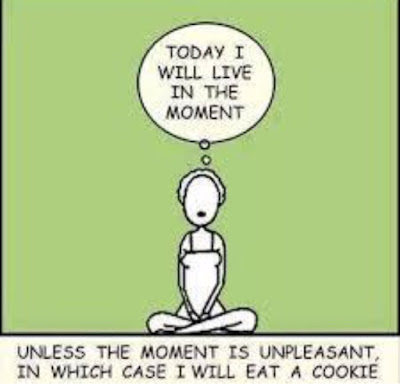 When I qualified and was looking for places to teach I found that there are a number of churches that do not allow yoga to be taught in their halls because it's seen as a religious practice that is at odds with Christianity. It isn't, but I'm not going to disrespect someone else's faith and there will always be other places to teach. Not long ago it was reported that a school banned yoga due to it being 'cultural appropriation' I have to admit I was a bit baffled until I thought, well yes it is. But so is the chicken tikka masala that is probably served in the school canteen and come to think of it the tie dye skirt that the art teacher wears.

The line between celebration and appropriation is pretty blurry. I think getting all het up at Beyonce is  missing the point. No one wants to appropriate the reality of what life is like for women in India. Why deal with misogyny and widespread violence towards women when the clothes are jewellery are so pretty ? It's so much simpler for beautiful, successful, western women (whether black or white) to objectify asian women even further.

Oh and the single isn't much cop either.