We're showbiz right down to the fur in this family

My theatre buddy is our lovely neighbour Jill who is also a self-confessed 'spare Grannie' to our boys. I cannot overstate how much of a treasure she is, helping out with the boys at short notice and popping sheets in her dryer when I've been over-optimistic about how much washing I can hang up. In return I take her to watch shows at the Churchill Theatre in Bromley. When we went to see the Noel Coward play Private Lives she was very taken with Tom Chambers so I had to make sure she got to meet him. He is a lovely man and as you can see Jill was delighted. 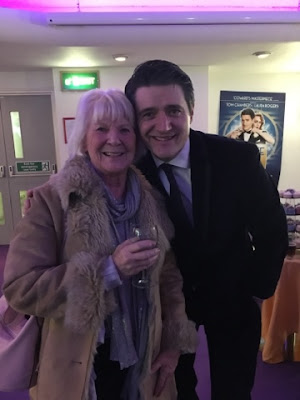 We did also invite Jill to come with us after school to see the lion dance for Chinese New Year and it was entertaining, but a little on the loud side for my boys. They enjoyed the fortune cookies though. 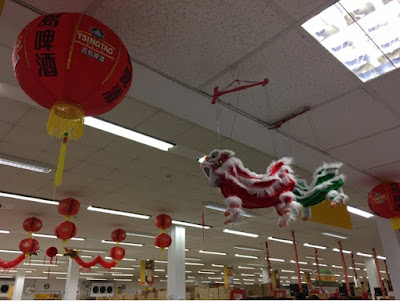 I usually take the boys to get their hair cut together. This resulted in a broken cart the first time (apparently costing £100 according to the hairdresser) and a lopsided haircut due to a lot of wriggling the last time. I took Baby Boy on his own this time and as he wasn't able to watch his Big Brother going first he kicked up a stink about it all. Once Jayde started cutting his hair he was fine, but he did have to sit on my lap so we were both pretty much covered in hair afterwards. At least it's even this time. 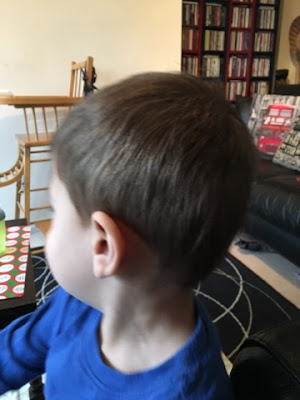 I often joke that our cat is a diva, but this week Big Boy noticed something that proved it. He pointed out that had a sequin star on his fur - proper glamorous. My cat really is fabulous ! 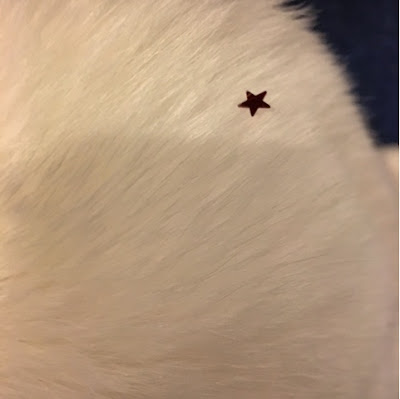 As I'm with the boys the most it's really important to us that Daddy gets some special time with them too. He does do the bedtime routine, but it's not the same as having some fun. Big Boy loves to play Star Wars Monopoly with Daddy so tonight I said if he brushed his teeth and got into pyjamas without the usual drama he could play. Big Boy did really well and was definitely the winner. I'm told that next time I will play and will be Princess Leia. 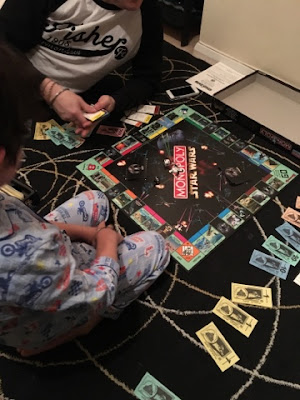 May the force be with me !