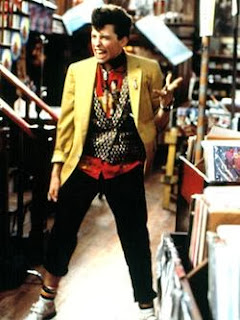 Not a week goes by without some hokey research study into something that is either startlingly obvious: "Scientists reveal that not sleeping enough makes you tired" or deeply patronising: "Doctors reveal their concerns that pregnant women are not stopping work early enough to protect their babies." Don't bother looking for either of these studies as I made them up. It doesn't mean that someone hasn't done them though. I don't think there has been any scientific research into the effect of maternal behaviour or music tastes in utero though. Well beyond the whole, 'play soothing music to the foetus and it will respond when it's a baby' type thing of course.

The reason I wonder this is because I'm convinced that my son has developed music preferences based purely on what I like to listen to. I went to a lot of gigs when I was pregnant with our boy. We went to Ben & Jerry's Big Sundae on Clapham Common and the boy bopped along to Billy Bragg. He also enjoyed the mellow tones of Norah Jones and even managed to keep up with the Primitives. I am delighted that he loves music now and he seems to have a wide ranging taste (as I've said before on this blog). What I wasn't prepared for is his love of music that is so outside his experience I'm fascinated to know how it's come into his consciousness. 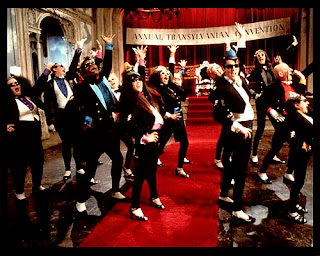 For weeks now he has been singing. "Let's do the Timewarp again," and "Monster Mash." I'm a massive fan of Rocky Horror so I can see why he'd like that although I can't recall ever having watched it or listened to the music in his presence. He's also been saying "Go Flustered," which we've spent weeks trying to work out - while also hushing him in case it's something rude. After some questioning and not a little head scratching we finally realised he's been singing, "Ghostbusters." Seems startlingly obvious doesn't it ? Except he's never watched it and as far as I know it's not been on the TV lately. It was one of my favourite films as a child though so I can only conclude one thing - he's inherited my tastes from the eighties !

Once we'd finally worked it out I tracked down the cartoon series on Lovefilm and he watched it this afternoon fascinated and enraptured. I was never that keen on the cartoon if I'm honest, but his concentration levels don't extend to the movie yet. Unlike his friend Attie who regularly watches "Starhorses" (Star Wars) starring "Threesweepio" (C3PO). Mind you she also used to regularly watch "Hamadations"(101 Dalmations).

I'm wondering if all this talk of an eighties revival is also revealing itself in the DNA of our toddlers. What can we expect next ? Will they all turn their baseball caps backwards and fight for the right to party ? Maybe they will start doing the MC Hammer dance - well my boy already does that if he needs the loo and doesn't want to admit it. Maybe they'll go all shoulder paddy and big haired too. Oh wait that's just pageant toddlers isn't it ?

Whatever it is that's happening I'm a bit freaked out by it.

There is something strange in my neighbourhood. All I can say is, "Go Flustered !"