"I'd give anything to have biscuit crumbs trodden into the carpet."

I was driving back from a yoga training day today and listening to Radio 4. It was a repeat of Woman's Hour with Jane Garvey and I heard an interview with Jody Day for the second time this week about her experience of being a childless woman. It moved me when I heard it the first time, but I was doing chores that time and today I was properly listening. It was a breathtakingly honest account of discovering one day that having children just isn't going to happen. In addition to dealing with the grief at this realisation there is the loneliness as friends with children slowly let you go as they carry on with their lives as a family. 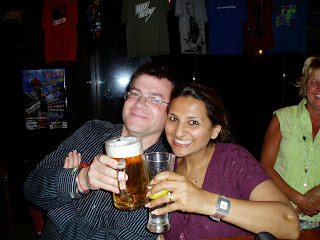 The interview hit a chord with me for two reasons. At one point we were told we wouldn't have children and it reminded me how it felt when that was the realistic future that me and Hubbie had to come to terms with. One day I was sitting reading a magazine at the hairdressers and I phoned Hubbie from under the dryer to ask if he'd agree to adopting one of the millions of abandoned girl children from India. Another time I called him to say that I'd heard about some healing technique that had amazing results and we just had to try it. We were asked constantly when we were going to have children and some family members were less than subtle about it. As well as being asked about it we also had to contend with other people who were having babies. It broke my heart hearing we wouldn't have a baby. It broke Hubbie's heart too and he even suggested I might want to be with someone else who might be a better bet. I nearly hit him for that.

It could have broken us. Thankfully it didn't.

The other reason is because now we do have a son and when I met up with friends recently we were chatting. I mentioned how I missed going out as much as they do and having holidays and other things that we don't do as much any more now we are parents. My friend said she would love to be in my position and have a child and a family life. I was reminded of that today on Radio 4 when a listener said she would give anything to have biscuit crumbs on her carpet rather than a clean and tidy childless home. That made me choke. Not a good thing when you're on the M25.

I know how it feels to long for a child. To try and count the blessings you will have instead of children. The beautiful home free from sticky fingerprints and the expensive holidays instead of day trips to Legoland and Chessington. I also know that I had a career because I didn't have children. I wasn't a 'career woman' out of choice. Hubbie was willing to endure acupuncture in our pursuit of parenthood - he is terrified of needles. 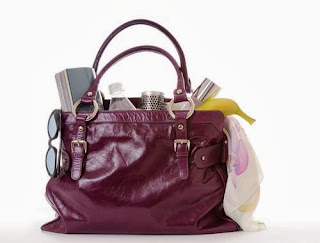 Of course I know that not every woman wants to have children, but I also know that when it is not an option it just feels so very unfair. I also know that being told you're so lucky that you don't get woken up early is not reassuring. That owning a gorgeous handbag that won't have upturned juice cartons and gummy sweets in it is no consolation when you want someone to call you Mummy. I know that having a spontaneous and inventive sex life with your partner doesn't necessarily make up for having a second bedroom that you would have loved to have been a nursery.

Most importantly that interview reminded me today that I should never forget to be a kind and considerate friend.

I remember how it felt to long for what I now have.