Two things ye must know about the wise woman: she is wise and she is a woman. 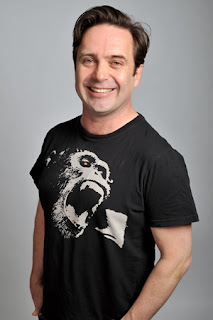 I went to a comedy gig last night with my lovely friend SJ as part of the Udderbelly which is housed in an upside down purple cow on the Southbank. Years ago we used to go to comedy almost every week and I even did one of the early stand up courses which have spawned so many of the current comedians. Last night we went to watch a comic called Phil Nichol who we've followed over the years and who is very talented and deserves to be much more famous than he is. His rendition of Gay Eskimo from his time with Corky and the Juice Pigs is a work of genius and I never tire of hearing it even after all these years. Of course with so many comedians out there not all make it to the dizzy heights of fame and some even fall from a once hallowed position (I refer you to my previous post about Rob Newman).

When I got home I looked at which other acts are performing at the Udderbelly and saw a show called "Brendon Burns hasn't heard of you either". Now you may have heard of him, as a few years back he won an award at the Edinburgh comedy festival with his shouty, offensive style - his website refers to him as 'controversial'. I have heard of him and have to admit to some schadenfreude that this show title suggests his career has taken a somewhat downward trajectory. We have history you see.

Some years ago he was performing at Jongleurs and as I had drawn the short straw I was seated right next to the stage. He spent a lot of his set yelling loudly into a microphone about how a girlfriend had left him after sleeping with someone else - I can't imagine why. I took issue with this as he chose to aim his rants right into my ears in which I was wearing hearing aids as I had a condition called hyperacusis. It was unpleasant and actually painful, but of course you can't argue with a stand up as that's just asking for trouble, so I just decided to hate him forever instead. Oh, and to curse him.

SJ is the Queen of Curses - she will place a curse on someone who has done her wrong and woe betide them if she does. You see it is a slow burn curse, but the effects can be devastating. At school she cursed a particularly vindictive headmistress who had given her a really poor UCAS reference. It took more than a decade to work, but sure enough this woman's life fell apart spectacularly and she went quite mad. As SJ said (without any malice) "It takes time, but if I curse someone it works." 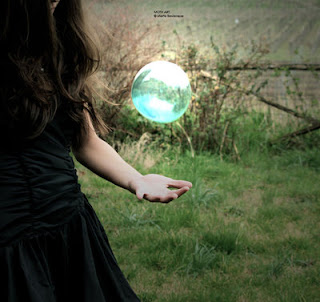 It occurs to me now that I may have developed this same skill.

You see, the irony is that this man who loved to rant into a woman's hearing aids now has a diagnosis of hearing loss. It's the basis of his new show, hence the clumsy title. Of course I didn't wish on him to lose his hearing, but how poetic that he should considering what he did that irked me. I don't know if he wears hearing aids. I'm not in the slightest bit interested really.

All I'm saying is be careful.